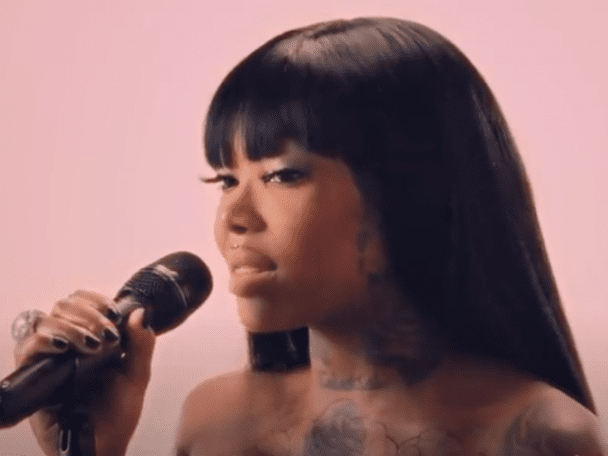 Why Did Summer Walker Get ‘Larry’ Tattooed On Her Face…?

The R&B queen recently returned with her majestic album 'Still Over It', the follow-up of sorts to her celebrated 2019 project 'Over It'.

A lavish, widescreen piece of 21st century soul music, 'Still Over It' was rewarded with some of the best reviews of her career to date.

Fans don't seem to be pleased with Summer Walker's latest act, however: Summer and her boyfriend just unveiled matching tattoos.

Adorned with 'Larry' on her brow, the photograph was placed on Instagram alongside the caption: "Moral of the story is… learn from your mistakes, pick yourself up, heal, find happiness, and most importantly Move On!"

That didn't stop fans protesting about the tattoo, however:

Not Summer Walker giving us a whole album about how men aint shit and then going and doing some wreckless shit like tattoo a mans name on her forehead?? Girl who tf is LARRY?? Bye

Summer Walker put that Ciara prayer on her album just to get a Larry tattoo on her eyebrow? That’s what you was praying for sis?

Our verdict? Let the woman be happy.