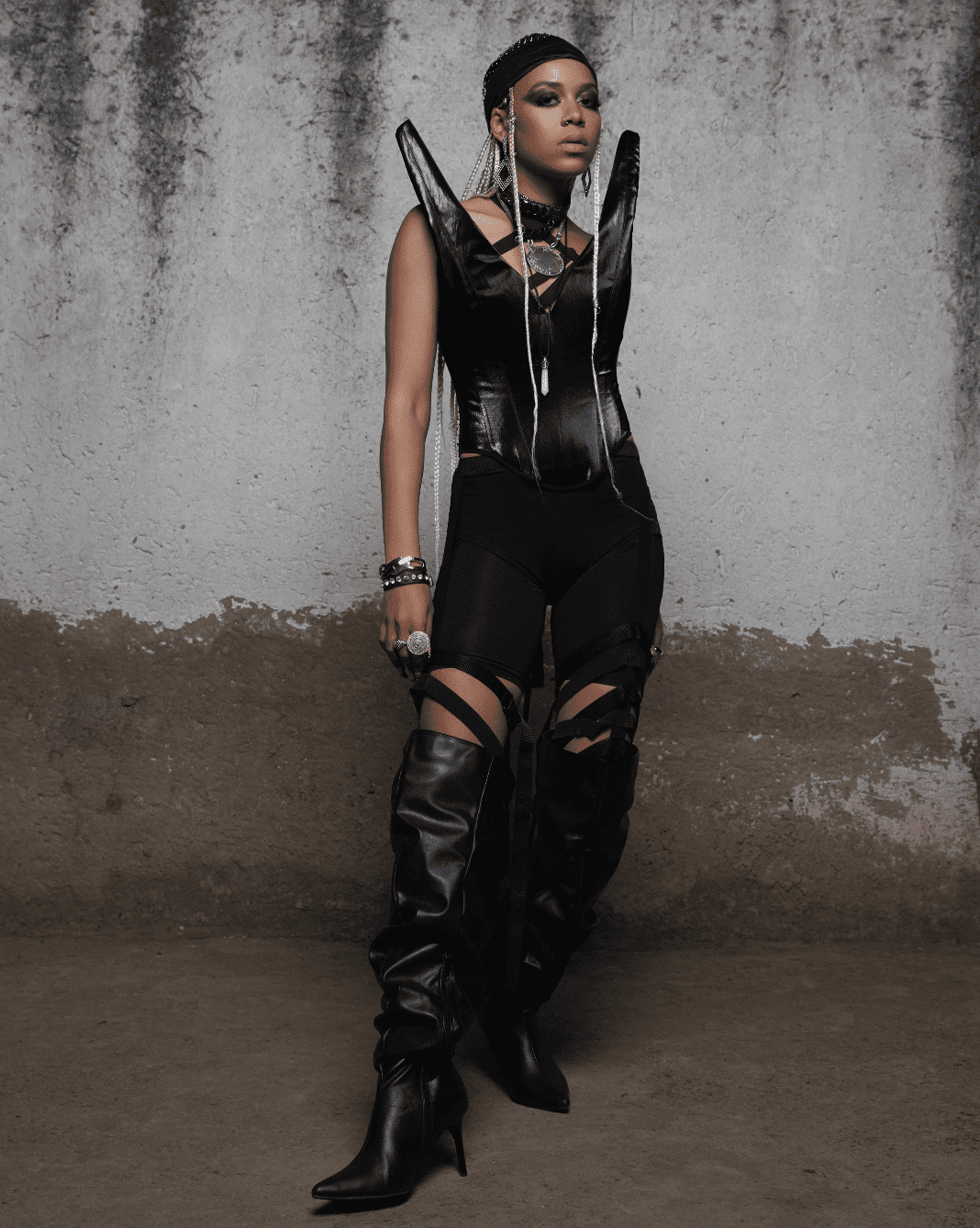 Sho is a true force of nature, someone who has taken the organic street sounds of South Africa to a global audience. A true multi-hyphenate, she crosses over into visual arts and fashion, all while retaining her unique flavour.

The BET Award winner returns with new song ‘Toro’, a blazing ball of fiery energy. Dipping into the amapiano sound that South Africa birthed, she adds something soulful, while the biting lyric talks about defying conventions.

The video opens with a depiction of friendship, and finds Sho yearning for a sense of closeness. She comments…

“‘Toro’ is short for ‘Mtoroki’ meaning an ‘escaper’. I’ve escaped bad managers, bad lovers, and sill come out as me. I even defy convention because I say and do what I like. However, this music video is part 1 of this story. The thing around my neck stands for my gift—the thing that has given me my success.“

“The video makes a statement about how isolating fame can be: how friends, manager, etc., have backstabbed me. By the end of this video, I’m disillusioned with fame and wishing I didn’t have this gift at all because it’s made me lose touch with closest to me and probably even myself.”

We’re able to share the full director’s cut video of ‘Toro’ before anyone else – tune in now.