Any actor, no matter how successful, is always haunted by the idea that the phone will stop ringing. Paul Anderson is no different. “You always have that insecurity as an actor - will I do anything again? It’s always there,” he says gravely, but he shouldn’t be too concerned. As we talk it’s a little jarring not to hear the booming Birmingham accent of Arthur Shelby, the character Anderson is best known for from BBC drama Peaky Blinders. For the last four years the actor has won acclaim for his portrayal of the tortured, erratic brother of Cillian Murphy in a show that counts Brad Pitt and Steven Spielberg among its celebrity fans. Today we’re here to talk movies (in Anderson’s own London accent). Prior to our speaking, his latest film Hostiles has just premiered at the Toronto Film Festival. The gritty western stars Christian Bale as a decorated US Army captain who must escort his enemy, a Cheyenne chief, across the dangerous frontier. With another Western, Brimstone, also due out, it’s another chance to appear in a genre you don’t see much of anymore. “No you don’t, do you?” he muses. “Apart from Tarantino’s Hateful Eight and a couple of others, it’s not been touched on for a while. I always have this image of The West, right, it was just a brutal, hostile place. You always had these outlaws, these gunslingers - it’s why there’s that saying, ‘It’s like the Wild West’! I always love it when it’s depicted in that way.”

He’s full of praise for both his co-star Christian Bale (“He does so little, and yet so much. It’s exciting.”) and director Scott Cooper. “He’s a very trusting director, you know what I mean?” he enthuses. “I can’t wait to see his next film.”

As if he wasn’t busy enough in cinema, November also sees the fourth season of Peaky Blinders hit the small screen. Presumably briefed on spoilers, his voice becomes hesitant when asked what viewers can expect from the new episodes. “You know what it’s like with these things, I can’t say too much” he says apologetically. “Last season it was all over the place and we ended as enemies. So it’s a coming back together of the family. I really enjoyed shooting season four, and it’s one of the best seasons I think personally. I love Peaky Blinders for that fraternity, that brotherhood. I love it when we’re all together and we’re all as one, and there’s this outside threat that we’re fighting against. That’s exactly what season four is about.” 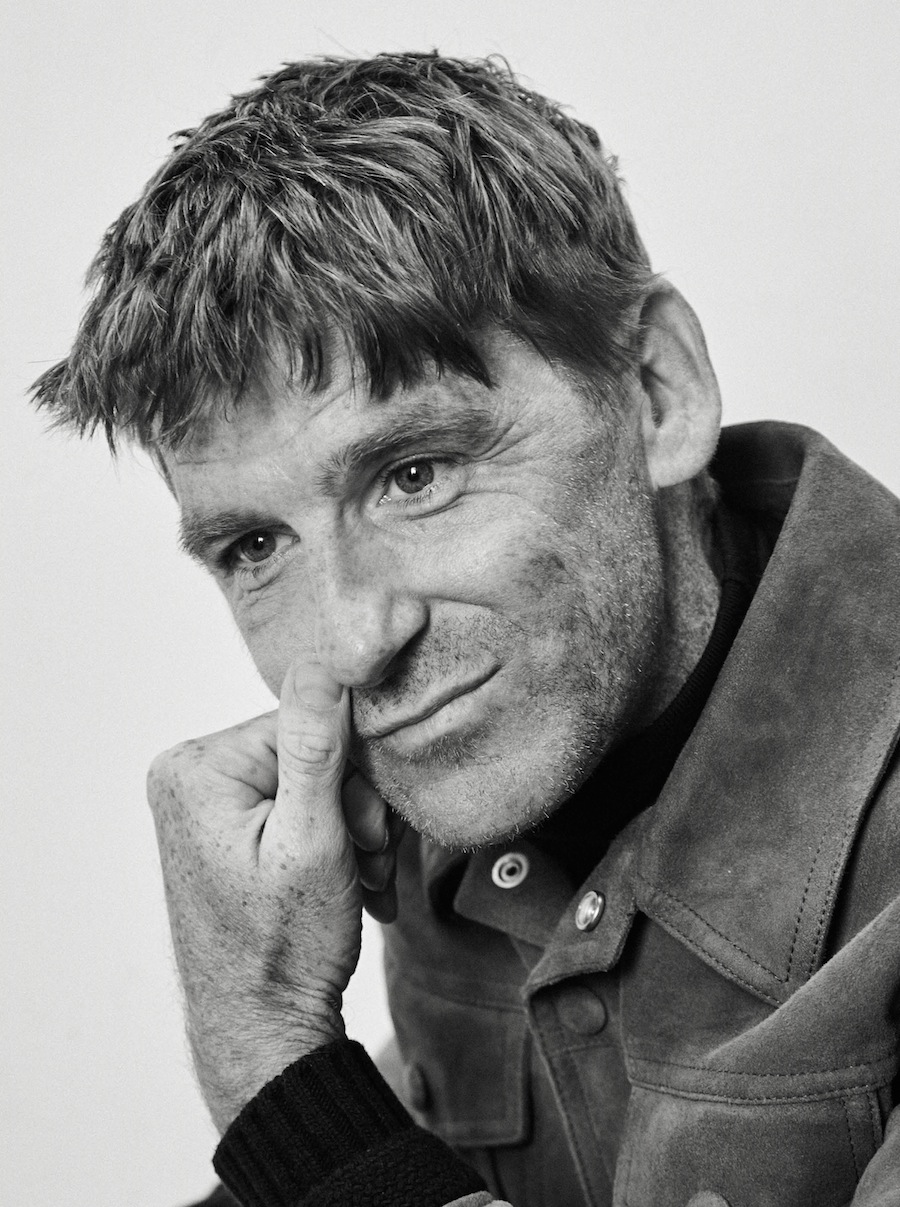 What he can reveal is that the worldwide success of the series took him by surprise. “None of us had any idea how big the show would be, or is,” he says. “We’re very proud of that fact, that it’s set in Birmingham, in this small part of the world that’s not really documented a lot. Also, the Peaky Blinders - there was nothing about the Peaky Blinders before the show. I couldn’t find anything when I knew I was going to do the show and started researching it. I Googled it and I found one thing, but it wasn’t even a paragraph about them. We’ve changed that, that’s for sure.”

As Arthur Shelby, the 39-year-old has run the gamut of emotions on camera. Struggling with PTSD, substance abuse, and the small matter of running a criminal empire, the character’s volatile temperament can be hard to shake off. “Arthur can really get in to my subconsciousness, just creep in there. And I like that,” he explains. The enjoyment might come from a history of playing dark, intimidating characters in films like The Firm, Legend and The Revenant. “I do play a lot of darker characters, I am drawn to them,” he admits. “They’re complicated. There’s a big difference between that and just playing a violent, dark, psychotic guy. I like to bring a sensitivity and emotional complications to the character. It’s not just a violent drunk, or someone who’s just evil or bad.” That kind of nuance has seen him work regularly with some acting giants, becoming good friends with people like Tom Hardy and Leonardo DiCaprio. “It’s a case of watching,” he says when asked if he learns from their performances. “I’ve not sat down and spoken to them about it, but it’s a case of just watching how someone like Tom or Leo conducts themselves, approaches the character, then executes it. I hope that I’ve grown and I’ve learned from that, because it’s incredible to watch.” 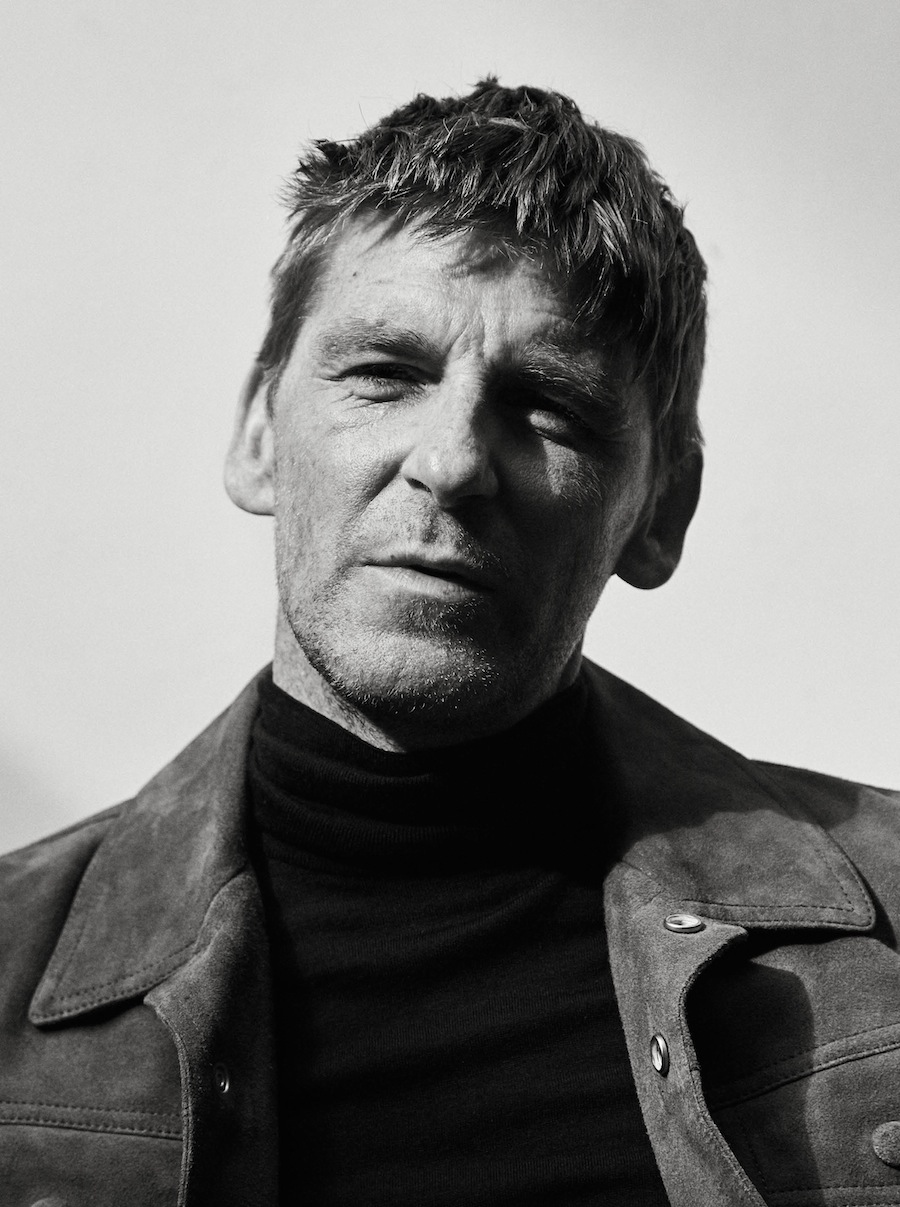 There’s a sense that Anderson’s work ethic and eagerness to learn have earned him a busier schedule. He’s just finished filming Robin Hood, produced by “Leo” and directed by Peaky Blinders’ Otto Bathurst. “It’s Robin Hood, but it’s an origin story, so it’s different from anything you’ve ever seen,” he says excitedly. “I’ve been on big sets before, but there’s always a sense of anticipation. I stepped onto a set and suddenly we were in Syria! It’s was incredible; everywhere was covered in sand, lights burning, and there I was in full crusader outfit.”

Yet, despite all this success, the actor is taking nothing for granted. “Right now I’m in that process, trying to work out what I want to do next,” he says. “I’ve said no [to scripts] a lot recently, it’s quite worrying!” But with Hollywood’s best and brightest lining up to work with him, he has every right to be choosy.