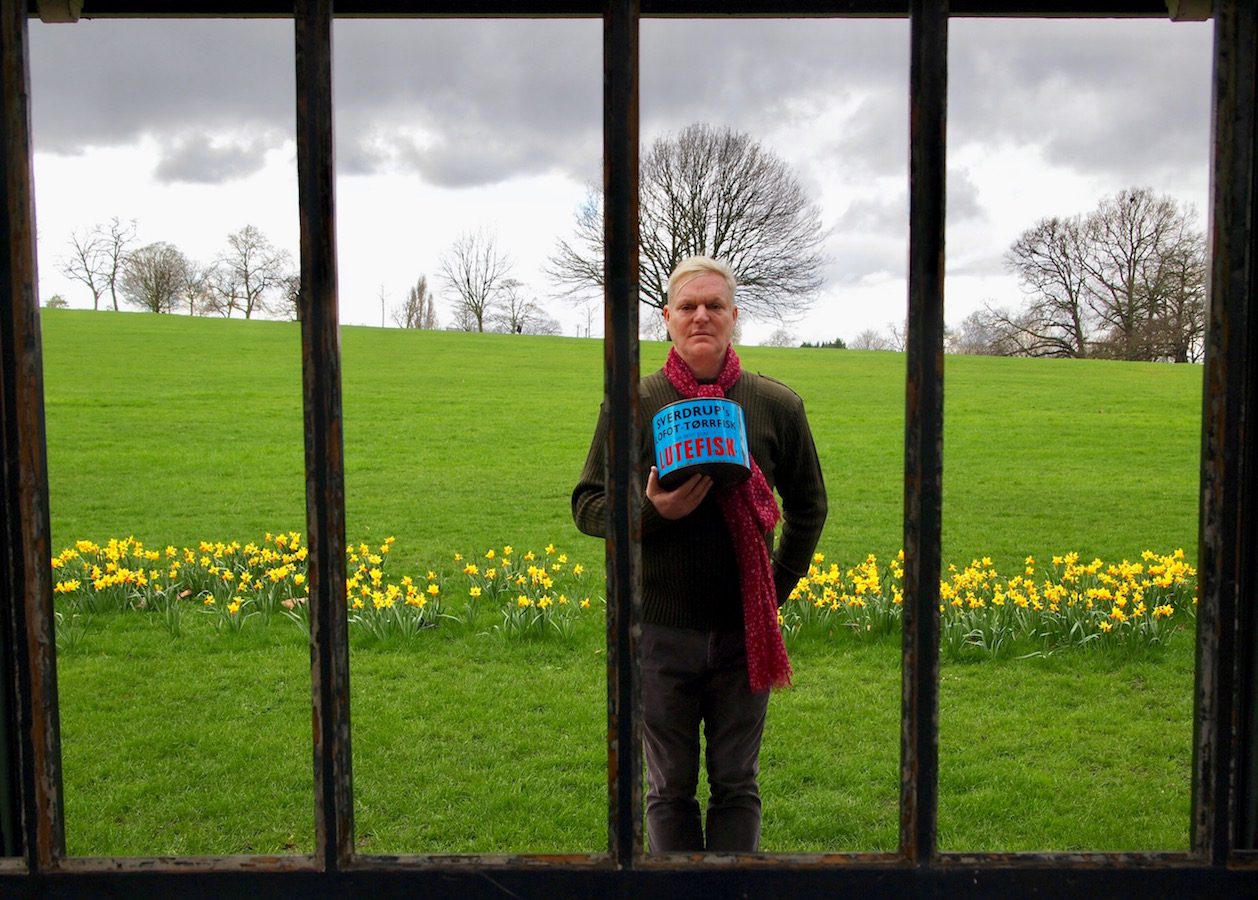 From April 10th to April 28th, Erasure’s Andy Bell will reprise his role as the polysexual semi-immortal Torsten at Vauxhall’s Above The Stag theatre.

What emerges instead is a TV station dominated by the very worst, lowest possible common denominator of programming that Britons have no choice but to watch; so much so that ‘detector execution vans’ patrol the streets to ensure strict compliance with the fascistic dictat that the channel’s crude and debased content must be watched. “It’s basically a filthy comedy,” says Andy Bell, however unlikely that might sound.

Andy Bell and Barney Ashton-Bullock took time out from rehearsals at Above The Stag to talk to Clash about the new show and its accompanying album, ‘Andy Bell Is Torsten In Queereteria’, released to coincide with the opening of the show.

A one-man show written by Ashton-Bullock with music composed and performed by multi-instrumentalist Chris Frost, the show introduced us to Torsten, a half-Norwegian, half-English wretch surveying his long life, many lovers and frequent disappointments in the kind of brutally honest, and often hilariously colourful detail that was a world away from Bell’s dayjob operating within the written and unwritten parameters of pop music.

Torsten reappeared in ‘The Beautiful Libertine’ at Above The Stag two years later. Not exactly a sequel in the traditional sense, the second instalment in what Ashton-Bullock describes as “postcards from the hotspots of memory” dug into different moments in the life of the Torsten character, revealing more detail about his life, yet more outlandish and sad episodes, but in anything but a straightforward linear narrative.

Bell settled into the character again for ‘The Beautiful Libertine’ as if it was a second skin, surely meaning that this third instalment should be a breeze. “To be honest, even though he’s my character, he’s a stranger to me,” he confesses. “I can’t quite put my finger on him really. He is alive, but he’s 114 years old, even though he looks a lot younger. In this new show his bones get brittle, he’s feeling older inside, and his memory’s going a little bit. He’s a bit similar to myself, really!”

Though he’s being sarcastic, if Bell can relate to the character on some level, in part that’s because Torsten was written by Ashton-Bullock specifically with Andy Bell in mind. “I always felt as though I knew Andy, although I hadn’t met him, because I just felt that we were very similar,” he says. “The thing that Andy, Chris Frost and I all have in common is we’re very reclusive introverts, and we often don’t get the chance in life to be the best we can be.”

“We’re wallflower people,” nods Bell in agreement. “We don’t necessarily want to go and join in. It’s not our style. Barney and I have become very good, very close friends because we’re both so similar.”

“People put you in boxes and we get talked over all the time,” continues Ashton-Bullock with a sigh. “But I really think we have an energy between us which is completely understated, and that energy means we can create things that are of value to people.”

“Without taking anything away from Andy’s success in Erasure, I really felt like there was a voice trapped within the style of synthpop – and I’m saying that as a fan. I wanted him to be freed from the regular beat and I wanted his voice to soar. When I heard him on Peter Hammill’s ‘The Fall Of The House Of Usher’ from 1991, I knew I would want to work with him to do just that.”

One way in which Bell can get to grips with the anguish of Torsten’s life is to relate it to his own experiences from his long-term relationship with the late Paul Hickey, whose memoir ‘Sometimes’ vividly detailed his life with the singer. “We had an open relationship,” recalls Bell. “I mean, I’m quite a romantic, and when Erasure were really, really successful it felt like I did have someone like in every port that I’d see while we were touring the world. I liked to make attachments, but I wasn’t allowed to fall in love. That was Paul’s stipulation, which I realise now was a bit damaging. Torsten is in a similar situation, because he outlives all of his amours and paramours.”

“It’s very similar to how I’ve written drama through the years,” explains Ashton-Bullock, whose Daniel character is a married man that Torsten has an affair with. “If I’ve got somebody’s voice in mind when I’m writing it really helps me. There are lots of similarities between Andy and I – weird things like we both worked in Debenhams when we were young and we both had love affairs in Weston-super-Mare when we were in our late teens. I think that’s why we’re both very, very emotionally committed to the Torsten project and seeing where that story will lead.”

Becoming Torsten has undoubtedly had a huge impact on Andy Bell and his own approach to songwriting. He has spoken to Clash twice before about wanting to move in more of a theatrical direction, and you can trace that interest right back to his portrayal of Montresor in ‘The Fall Of The House Of Usher’, through Erasure’s 1992 Phantasmagorical Entertainment tour, that fateful appearance at Edinburgh’s Fringe and finally arriving at the profoundly stirring songs written for Erasure’s 2017 opus ‘World Be Gone’.

On the new album, his performance reveals an artist whose metamorphosis is essentially complete; from the soaring ‘A Hundred Years Plus Today’ that opens the collection of songs, to the austere poetry of ‘Lowland Lowriders’, to the bawdy ‘Cabaret Awayday’ to the nod to Brecht / Weill on ‘If We Want To Drink A Little’ (with Hazel O’Connor), here we find Andy Bell utterly – and willingly – transformed, in no small part thanks to Barney Ashton-Bullock’s inventive lyrics and Chris Frost’s endlessly adaptable playing.

‘Queereteria TV’ runs from 10 April to 28 April at Above The Stag. Tickets are available at abovethestag.com. The album ‘Andy Bell Is Torsten In Queereteria’ is released on April 12th by Strike Force Entertainment via Cherry Red.