Little Simz is looking for consistency. To be fair, it’s not something she’s strayed far from: during the first six years of her career, she dropped over 10 projects, including two albums. But after her second studio record, 2016’s 'Stillness In Wonderland', save for a few singles, she all but disappeared, touring for almost three years with acts like the Gorillaz, Lauryn Hill, and Ab-Soul.

Last September marked her return, when she released 'Offence', the first single from her latest offering 'GREY Area', which is, if anything, a testament to the consistency she seeks. Over the phone from her native London, the 25-year-old, self-described Pisces’ voice is calming yet potent, characterizing her record as a “coming-of-age album” and a “reinvention” of self.

Sitting at 10 tracks and 36 minutes, 'GREY Area' is a tight missive on what we missed during those three years. “I just knew that I wanted to vent,” Simz says. “Definitely overworked myself, and I just went through lows. This is the thing, my story’s my story but I think it’s a universal one. It just so happens that I just have a platform to talk about it. … [After tour], I was like, ‘Alright, I’m ready to go in and just spill now.’” Part of that need for consistency meant embarking on a different creative process for 'GREY Area'. This time, no one else was allowed in the studio with her except her longtime producer and friend Inflo, who helped shape the sound of the album — someone she’s known since she was nine-years-old.

“I wanted to go in with someone and really build and have that person get to know me and understand me, and understand where I’m trying to go musically. And I think it worked,” she says. “[Flo’s] not a stranger to me This is someone that I’ve grown up with, this is someone that knows my family and I know his family. He’s like my older cousin, so there’s a trust element there.”

Even as the record spans contemporary jazz, funk, rap, and soul, and includes live instrumentation — something new for Simz — the chemistry between her and Flo is apparent, and becomes 'GREY Area’s sonic throughline. The amount of time it took to create the album also speaks to the pair’s synergy: only a month, from start to finish, in 2018. When asked how she knew it was done, she says, “I just felt it in my gut.”

The record’s vulnerability is immediately felt from the outset, as she comes out swinging on the opening cut, “Offence.” Unapologetic and brazen, she flexes her pen, serving a one-two punch to her haters as she declares, “I’m Jay-Z on a bad day, Shakespeare on my worst days.” Her tenderness becomes palpable again on the following track 'Boss', a directive for a guy who’s fucking with her heart, and on the songs 'Therapy' and 'Sherbert Sunset', which show the softest part of Simz’s underbelly.

On 'Therapy', Simz informs the listener that she “don't need savin’.” The bold statement serves as a surprise, especially now, when there’s such a push for self-love and therapy in youth culture and rap.

Certainly, her distrust of therapy makes the song that much more compelling, and sets up the next track, 'Sherbert Sunset'. Together, they form a sort of diptych; on 'Therapy', her tone is factual while she unveils a rocky situation between her and her man — and on “Sherbert Sunset,” she explains how things fell apart, her emotional honesty gripping. 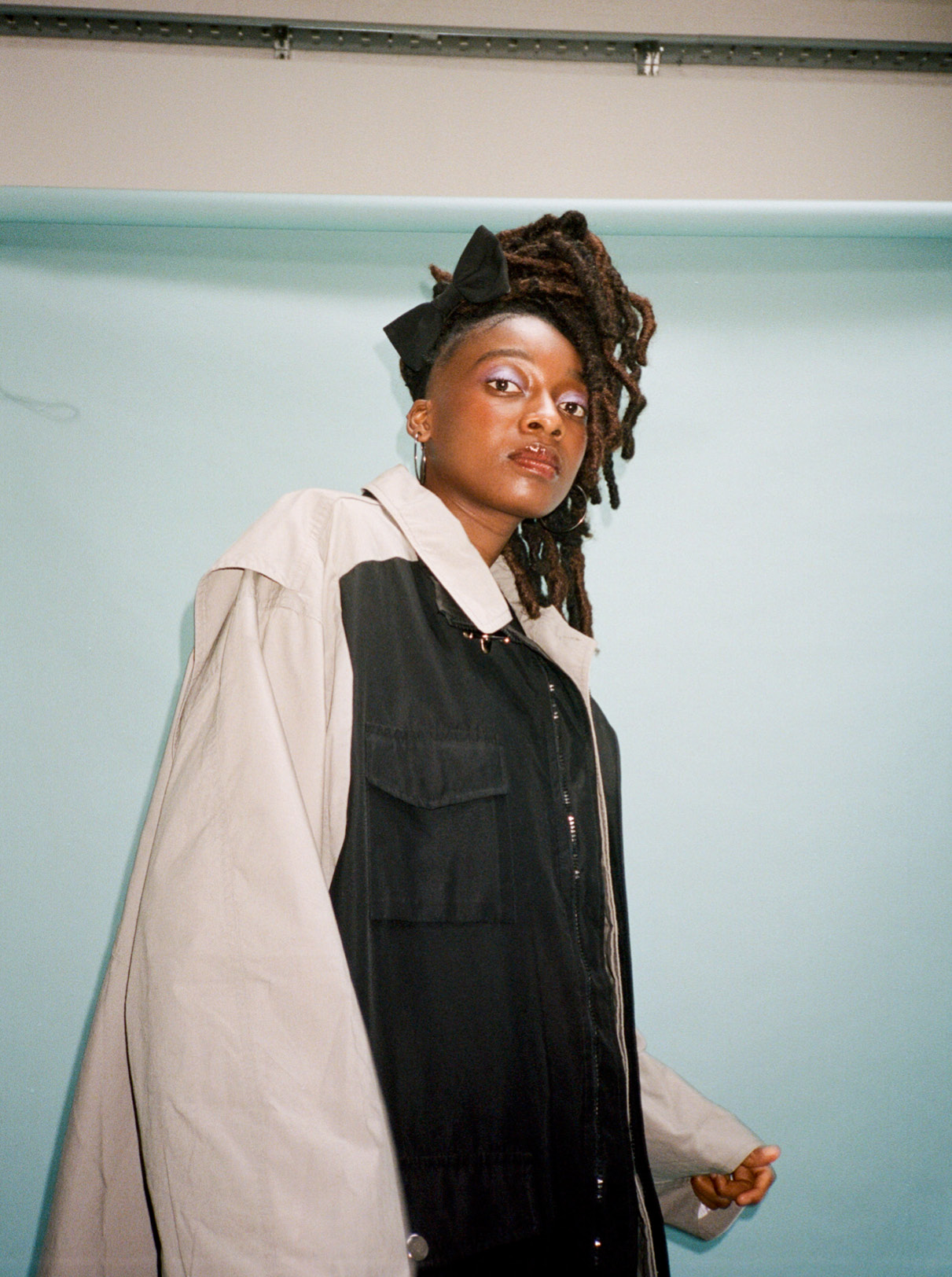 The artwork for the record’s lead singles were photographed by Simz, and like 'GREY Area’s cover art, all are black and white images — or if you prefer, grey — where women are centred. “What was really important for me when it came to this album was making sure everything felt cohesive,” she explains. “I wanted everything to feel like, ‘Okay, this is the grey area experience.’” Every element behind 'GREY Area' is meant to enhance the next, from the music to the artwork to the videos and live shows; no detail was missed.

And even though Simz is exploring largely unchartered territories — she studied and invested in photography prior to shooting the artwork — music will always be at the forefront. Still, she enjoys a challenge. “I’m just unlocking new parts of my brain,” she says. “I’m understanding that I’m not bound to just one thing. But I always want to remain true to myself and true to what I believe in.”