Venturing to the countryside for our American East Coast shoot, Clash is welcomed into Clairo’s world, offered a chance to explore the gentle rapport she has with her surroundings, documenting her familiarity with the rolling of the seasons. The intrusion of Autumnal hues upon the landscapes that shroud us are perhaps only apt; new album ‘Sling’ is divine, with its pervasive warmth rooted in those Baroque instrumental flourishes, and lyrics that discuss our inter-dependence upon one another, and the value it gives our lives.

An artist whose incredible talent is matched to a longing for privacy, Clairo opts to embark on something different for our interview. Keen to explore her relationships with other artists, she requests to chat with Arlo Parks – the two have known each other for a minute now, with the Mercury winning songwriter set to support Clairo on a lengthy series of North American tour dates.

The decision seems to unlock something in Clairo. Speaking over Zoom from her home, she points out blue jays by her window, and reminisces about a young fox who constantly visits her front door. “It’s not like we share an exchange,” she insists, before back-tracking slightly: “But in a way… we do!”

A songwriter who breaks down the wall between art and artist, there’s a feeling during our time together that the dividing line between Clairo and her music has long since vanished. What we see and hear on her releases is her life; what we learn along the way offers a different vantage point on ‘Immunity’, and a completely new insight into Clairo as a person. Arlo Parks: First off, I love our chats!

Clairo: So do I! But it’s strange, because I haven’t actually seen that many people since releasing my second record. I’ve been home, with my dog, and I haven’t been doing much in my daily life. Which is what I wanted, so I’m really happy.

A: To be honest, it seems quite healthy that you’ve had that time to go inwards, and go on a journey, and take time by yourself, for yourself.

C: I think living through all this does me more appreciative of nature in general. Hopefully it’ll now be easier to locate those moment on tour - now I know what to look for that makes me happy. So if I see a field or a park then I’ll probably go there! I’ve been learning about myself, learning about the things that bring me tiny joys.

A: What are some of those things for you?

C: Let’s see! Going for early morning coffee walks, that’s something that makes me feel good… and also, it’s fun to try coffee in different cities. The banter between you and the band, and your team in general. The types of laughter that you experience on tour are unlike anything else that I’ve ever experienced.

A: Agreed! The delirious laughter.

C: The kind of laughing that I experience on tour is the deep, belly-aching laugh that is so irreplaceable. That feeling brings you enough joy to last weeks. It’s so important. A: I got very used to being in my own little zone, with my friends, and my family, and my own little bubble in London. And then to be thrown into these unfamiliar places took some adjustment that – to be honest – in general I’ve really enjoyed. I’ve never been to any of these places before. So it’s a little adventure.

C: The one thing about tour life that I still haven’t gotten used to, and we’ll see how it goes with the next one, is self-care. Keeping up with friends and family, and staying tapped into your home life, while also being really far away. Eating healthy and the whole category of self-care looks so different on the road than it does in your everyday life. It’s a strange feeling because it’s not like you completely forget about yourself on the road… but in a way, you kind of do. You disappear into your own routine and everything you’re trying to keep up with. And especially making sure that everyone else is OK.

A: I like that phrase: disappearing into your own routine… because you spread yourself so thinly trying to spin all these different plates, making sure other people are alright. Are you adding new instruments for the shows?

C: We are planning on adding someone to play strings, an extra keys player, and then someone who plays horns. We’re still working it out. We’re planning on writing some new orchestral moments as interludes, and doing the whole album. Making it really theatrical!

C: I mean, we’re performing in theatres! It’s kind of wild. The more I think about it, and the more I look at pictures of the venues, the more it makes sense to go in a more dramatic way. I also really want to add orchestral moments to some ‘Immunity’ songs, too. A: To me, when I listen to ‘Sling’, there’s so much warmth to it. There’s the instrumentation itself, which feels like some kind of animal – it’s very fleeting, and nimble, and acrobatic. There’s this buoyancy to it. I love the way that you explore the idea of care on the record, in terms of learning to prioritise yourself and how it feels when you’re not taking care of yourself. How it feels to take ownership of your own happiness. This is what makes me happy, and taking that regardless of what other people expect of you.

C: Thank you for saying that! Warmth is definitely something that I wanted for ‘Sling’. When I started ‘Sling’ I was listening to a lot of warm, tapey 70s music – I was really inspired by The Carpenters and ELO, the warm feeling of the Wurlitzer and the sound of double vocals. I’m a huge fan of an artist called Blossom Dearie, and she has this feeling of closeness, this feeling of warmth in her music. This feeling of somebody singing to you while they’re sitting on your lap. Like a really special, one-of-a-kind moment.

Someone singing softly into your ear is the whole point of ‘Sling’. I wanted a lot of those songs to feel or reference a lullaby. Whether I’m talking about caring for a child, or I’m talking about domesticity and raising a dog, or the feeling of wondering what it’s like to be a mom… lullabies come to mind. The lullaby that my mom used to sing to me comes to mind. A few chords on ‘Reaper’ are ripped directly from the lullaby that my mom used to sing – ‘O Little Town Of Bethlehem’.

C: That’s what I would hear every night. I would instantly fall asleep the moment my mom started singing that. I love that feeling. I love that it’s a thing, and I love how sweet that feels, and how warm that feels. It tucks you in, mentally. Hearing something like that brings you this peaceful inner warmth, the same way that a lullaby does. And also, another huge part of ‘Sling’ was Disney scores – the original scores of Bambi, and so on. That was a huge inspiration for the record, these old woodland moments on those scores.

A: I definitely hear that! I can imagine a little glade, with some butterflies… it’s so playful. C: That’s it! It’s like when the animation shows a little leaf falling from a tree and swaying, you can hear the flute almost speaking as the leaf. It’s talking to you, and nature is speaking to you, and that’s how I felt about moving to the mountains, that’s how I felt about lullabies, that’s how I feel about old Disney movies – they bring me that kind of warmth. Merging those two wonderful things from childhood was what I wanted to bring. That warmth is so much more than that, it’s these really specific things that don’t give you physical warmth but give you that warm, fuzzy nostalgic feeling of: oh, I remember this, and it made me really comfortable. Long story short!

A: That was beautiful. I loved the way you said that. You’ve created something that people will use almost as a comfort blanket. People put on a record when they’re driving, or on a road trip with a friend, and feel that sense of comfort that you’re singing to them and for them and feel soothed by that. It’s really special, for sure.

C: It’s interesting you mention going for a drive, as I find so much comfort in driving. Alone. Just going for a long drive. The music that I put on tends to be different from what I would maybe put on in the house. I don’t know how to explain it, but there are certain songs that feel so good with movement, with this canopy of trees around you, and with life moving at a faster pace. A: When you were working on the record, did you go for drives and listen to the demos when you were on the move?

C: We did that a lot. I do think that listening to songs in the car is the best way to test whether it’s good. I remember hearing ‘Amoeba’ in the car, and that was crazy. That was really fun. And hearing ‘Wade’ in the car was also really cool. It's interesting hearing songs out of the context of the studio. You go home, and the recording session is over. You listen back to what you recorded and it’s almost like a different person did it while you were asleep. Like, who did all that?

A: I was thinking about the life of a musician in general, and it’s such a specific way of living that demands such specific things that most people on Earth would not experience, or be able to understand. I think that is what’s been wonderful about finding people like you, and other friends in music: to have these conversations. 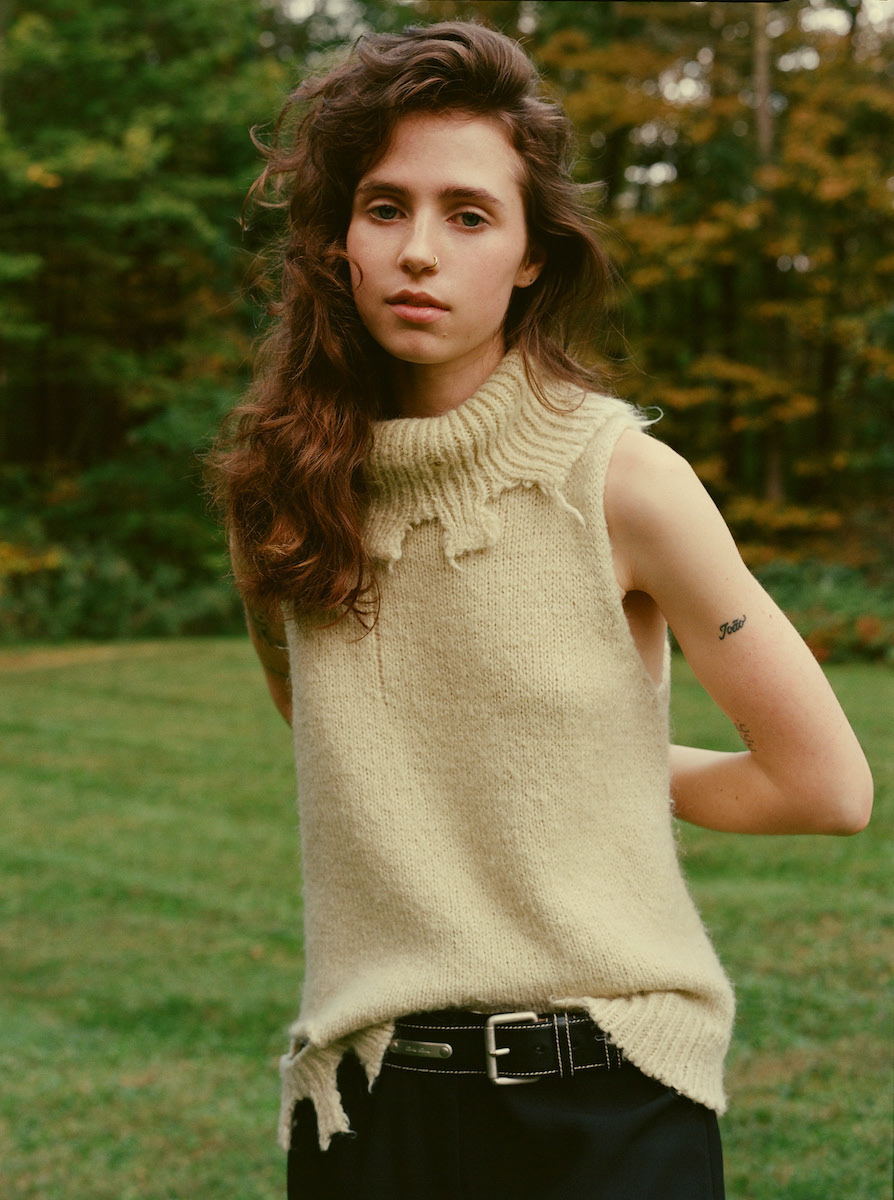 C: I definitely think my first impressions were that it was a cold industry. I didn’t know how I was ever going to make friends, or experience what that feels like. Over the years making friends through music has been one of the greatest things ever. Especially talking to Taylor, or even working with Lorde… I felt taken care of. I felt that they cared. I felt as though they took me under their wing, and told me that it was going to be OK. Nudging me along, like a baby taking her first steps or something.

I look at them with so much respect and I appreciate both of them so much. I do think that both of them are people who extend kindness in places that they don’t necessarily have to… but they want to. And that is one of the most incredible things to be on other end of. It makes me really happy. It’s something I would never trade for the world.

A: I felt exactly the same when I was talking to Lorde. Firstly, she has this wisdom, and this aura where I felt like I was talking to a sage, or an older sister. Even though she’s not that much older than us! I definitely felt this magnitude to it, when you talk to someone who literally shaped you. I remember being a teenager and listening to their music, and it meaning the world to me. And them both being artists that have such a singular, uncompromising vision, and brought so much to so many people. There are so many people making music in the world… and the fact that somehow our paths have collided and they somehow know who I am… how does that happen?

C: It's like you’re not as alone as you originally thought you were. 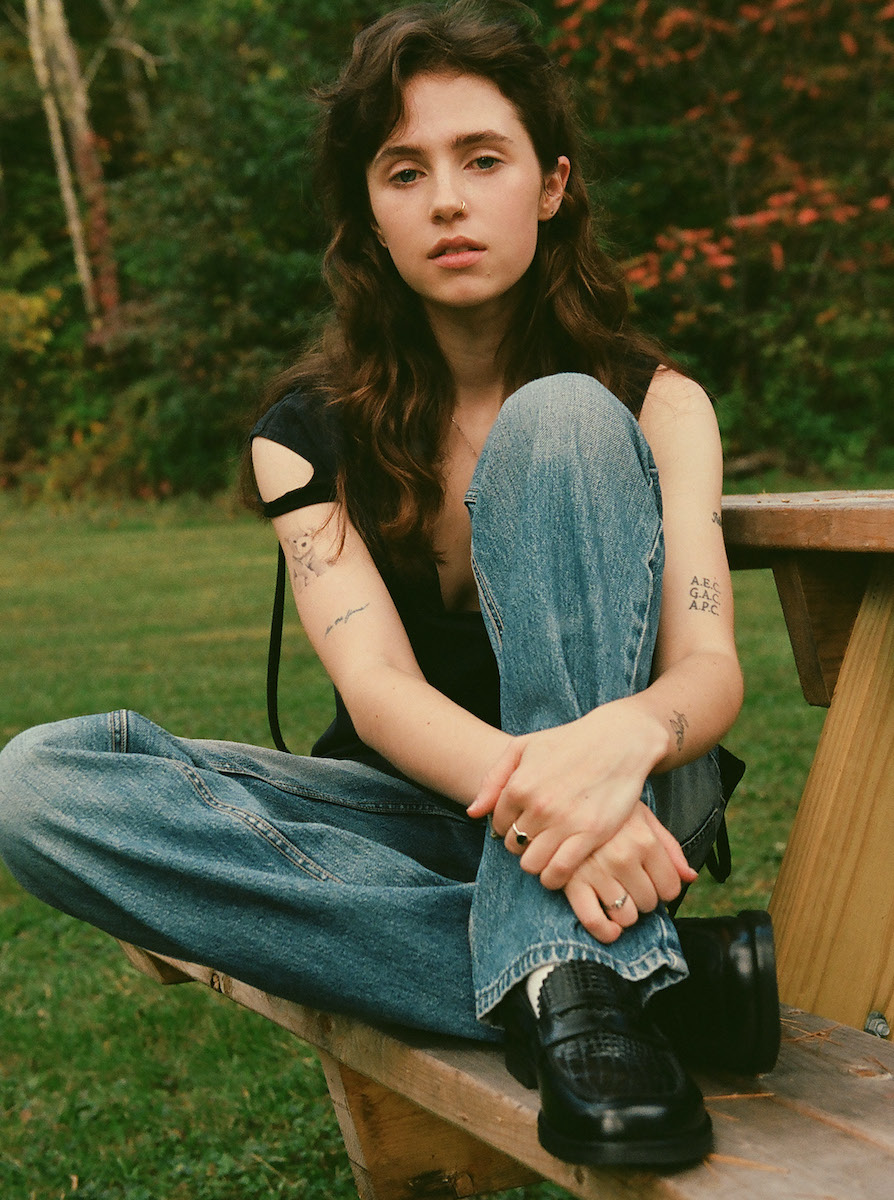