Seven Music Memoirs Everyone Should Read

Every now and then, music stars dip their toes into the world of biographical writing.

Whether to detail going from rags to riches or reflecting on experiences of sex, drugs and rock and roll. The past 12 months saw streams of musicians take pen to paper, their books making their way to bookshelves amongst award winning music memoirs that have received accolades over the years.

If your New Year’s resolution is to read more books, here are seven must read music memoirs to get you started. 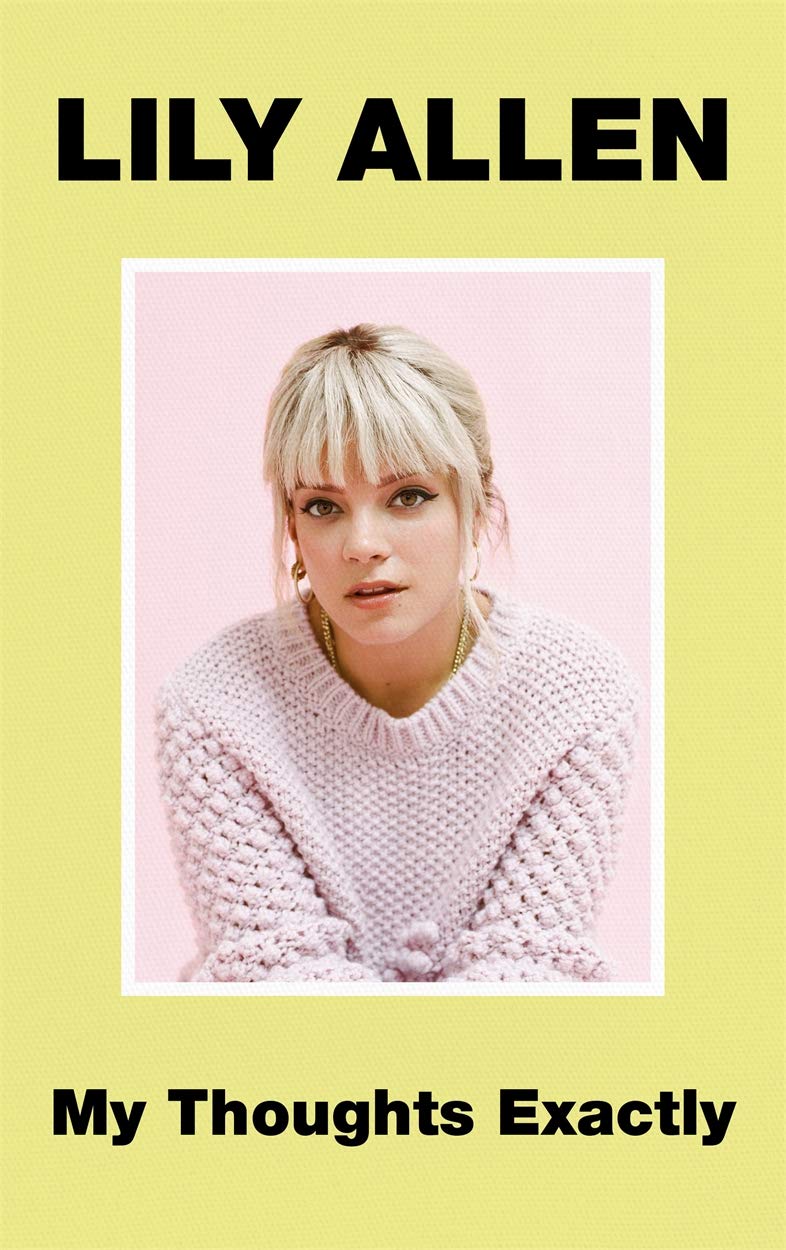 Lily Allen released her memoir My Thoughts Exactly in 2018. It’s funny, honest, insightful and compelling – recounting experiences the now 36-year-old Hammersmith born popstar endured throughout her career. As is common with young female artists, particular those who navigated their careers in the Noughties, Lily Allen dealt with unsolicited attention from tabloids whilst straddling mental illness stemming from hurdles she faced in both her professional and personal life.

Lily Allen candidly writes about experiences of sexual assault, struggles with bulimia, bipolar and run ins with unsavoury characters in the music industry. Despite it covering heart-breaking events taking place throughout her life, its irrefutably funny, and an in-print manifestation of Lily Allen’s quick-wit humour. 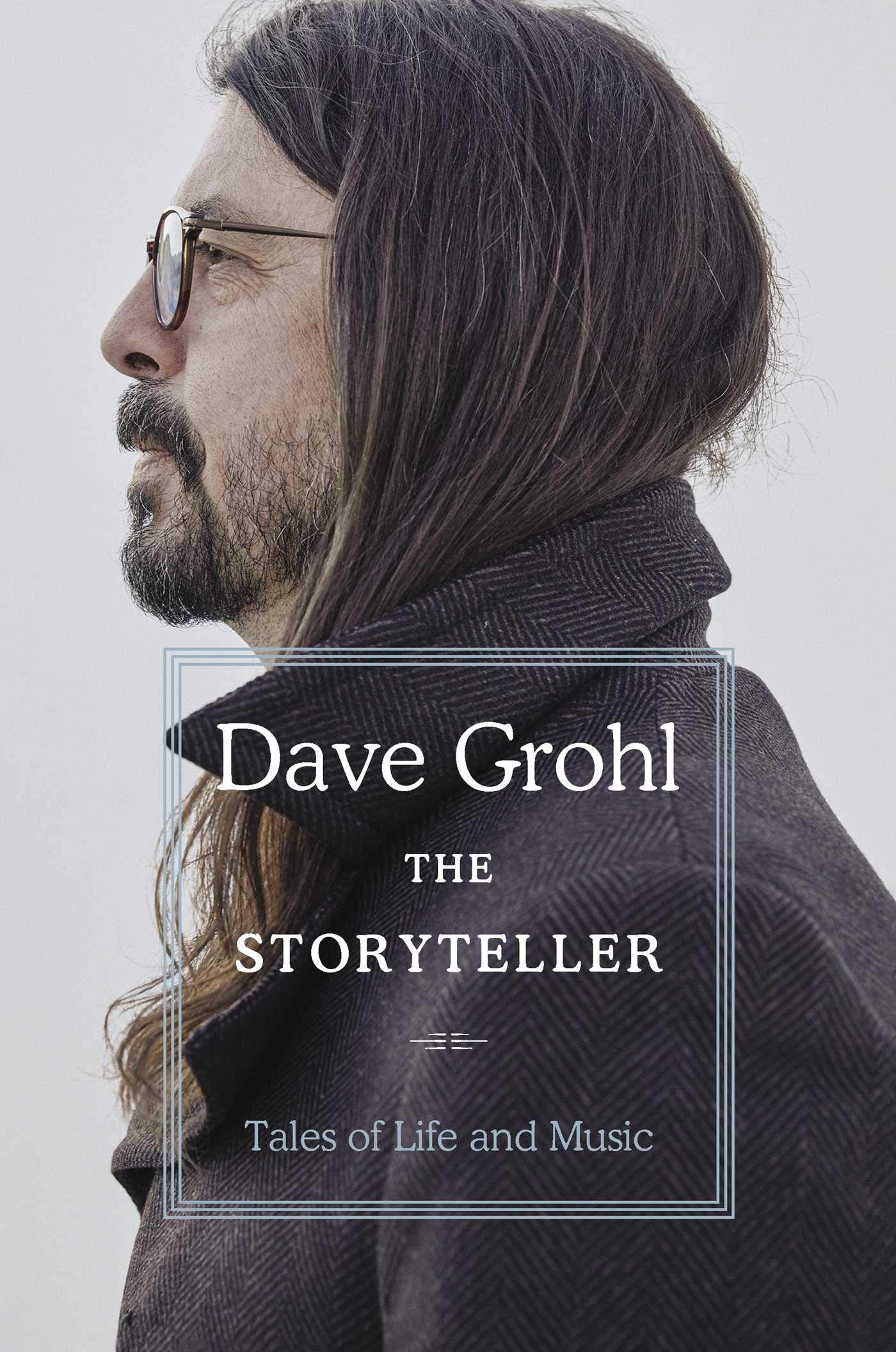 Released in the latter half of 2021, Dave Grohl – arguably worlds coolest dad – treated fans to a collection of “tales of life and music” stemming from the early days of “a life lived loud”. Its worth mentioning that the Storyteller is unlike other rock-star biographies, it’s not a collection chronicling drug abuse, encounters with groupies and regrets laying at the bottom of a whisky bottle. It’s family-friendly and could easily speak to the child in us all. Grohl talks about his youth growing up in Virginia, his bedroom decked out with KISS posters, dreaming about becoming the rock star he is now.

Grohl nods towards his Nirvana days as well as the origins of the Foo Fighters who now sell out stadiums – including a tour coming to the UK this summer. Dave Grohl is a family man, and this book reflects that – it’s as if it has been written with the knowledge that one day his children will read it. The rock icon delicately handles the death of Cobain and details his misfit youth, but the book is more so a reflection of the 52-year-old's wickedly cool rock star experiences – including his infamous show in Sweden where he carried on performing despite breaking his leg mid set. 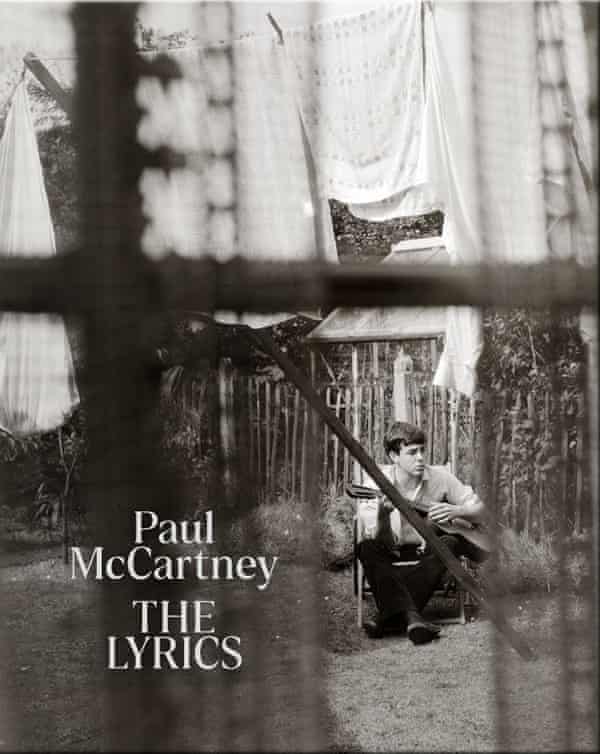 Another memoir released recently, Paul McCartney the Lyrics. McCartney’s intimate autobiography, voted Waterstones book of the year, accounts the life of one of the last remaining Beatles. Referencing lyrics to some of the worlds most cherished tracks, McCartney accounts his days of Beatlemania, heartbreaks along the way and milestone achievements he’s accomplished throughout his extraordinary life.

The memoir is in collaboration with Paul Muldoon, a poet who adds whimsical value to the book that includes a collection of never-before-seen pictures taken throughout the 79-year-old bassist’s life.

Prince - The Beautiful Ones 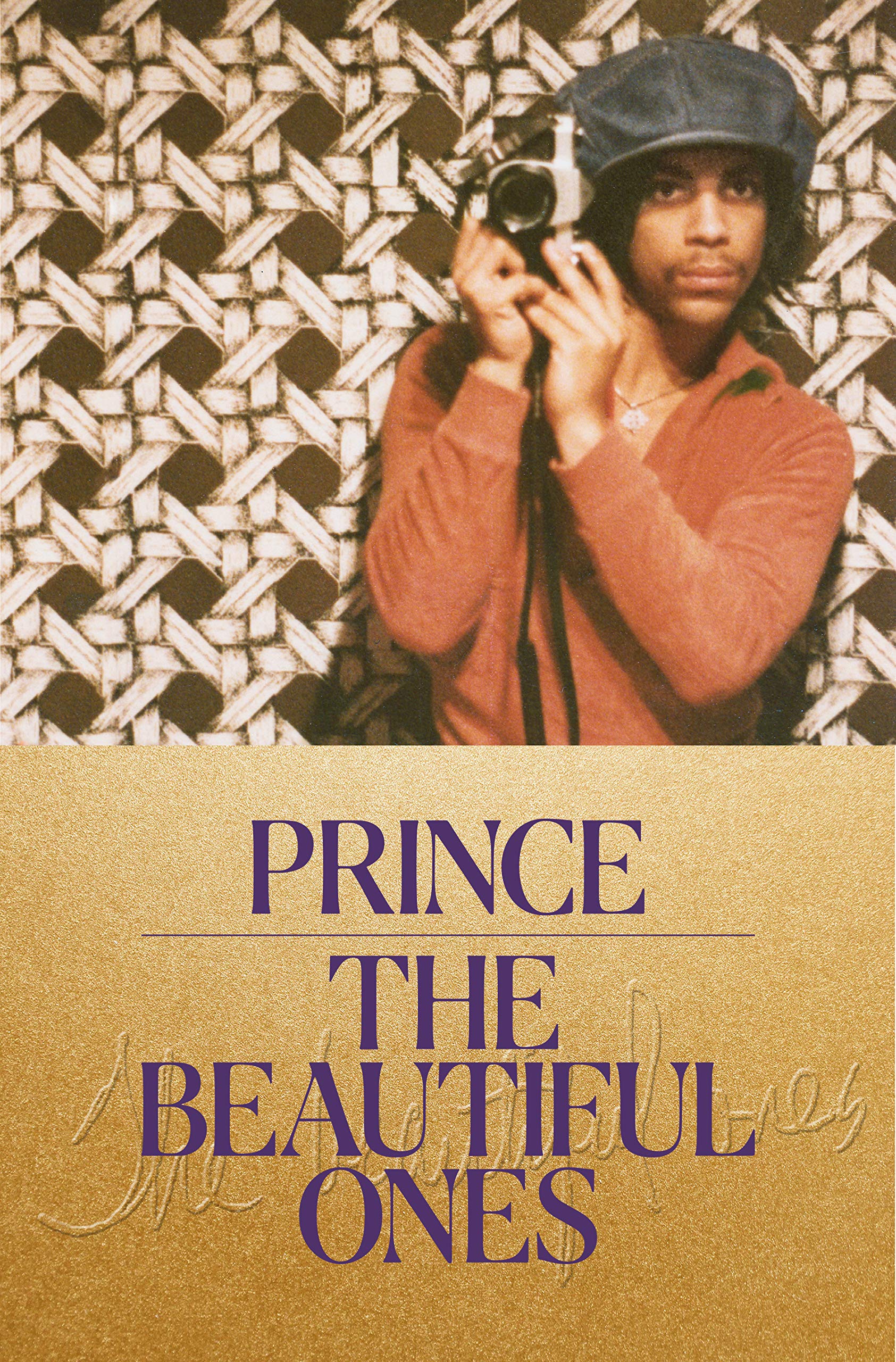 Published in 2019, Prince’s memoir The Beautiful Ones compels readers by reviewing his star-studded career. The book was initially announced weeks before His Royal Badness died, but was released three years later, making it that more poignant. Although the book remains unfinished, it flawlessly details how a young child brimming with creativity began developing a persona that came to be an iconic artistic vision the world loved.

The biography utilises Prince’s own words as well as archived photographs from his personal scrapbook. Despite giving readers a window into his private life, the memoir still leaves fans marvelling and questioning assets of the Purple One’s existence that he kept so private.

In 2016 whilst writing the book, Prince said: “We’re starting from the beginning from my first memory and hopefully we can go all the way up to the Super Bowl.” The book truly is a deeply personal account on how came to be. 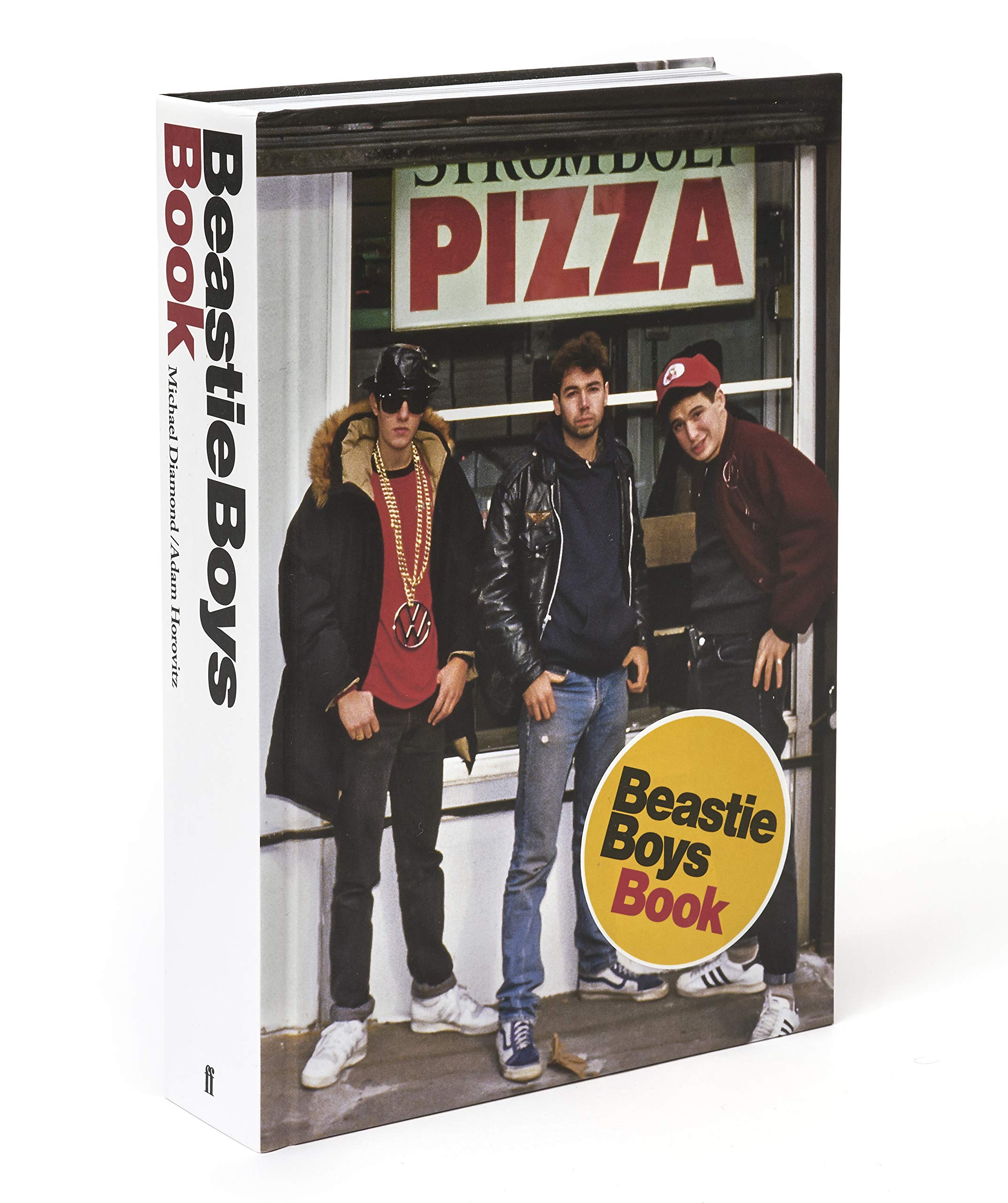 Published in 2018, this book is a record of the Beastie Boys days punking up the streets of New York City. Snappily titled The Beastie Boys Book, founding member Mike D alongside guitarist Ad-Rock invites fans to join them as they reminisce on their colourful career.

The book begins by reflecting on the trios New York upbringings and how this was monumental in cultivating their sound. In 592 pages, the Beastie Boys Book is atypical to other music memoirs as it features ephemerals such as a cookbook by celeb chef Roy Choi, essays by Wes Anderson and Amy Poehler as well as the map of Beastie Boys' New York.

Flea – Acid for The Children

Acid For The Children by Red Hot Chili Peppers’ bassist Flea is an extraordinary story. The cover shows Flea as a child with a head full of curly blonde locks, smoking a cigarette.

Flea, born Michael Peter Balzary details his life, beginning in Melbourne, Australia through to his life in LA where he ended up meeting Anthony Kiedis at Fairfax High School – leading to the formation of the RHCP. Acid For The Children is unpredictable – accounting Flea’s successful career as a musician as well as personal milestones and tribulations he faced throughout.

The memoir tales the success of the Chili Peppers but is also a coming of age story – reflecting on an unconventional childhood that lead to the development of one of the world’s greatest bass players. 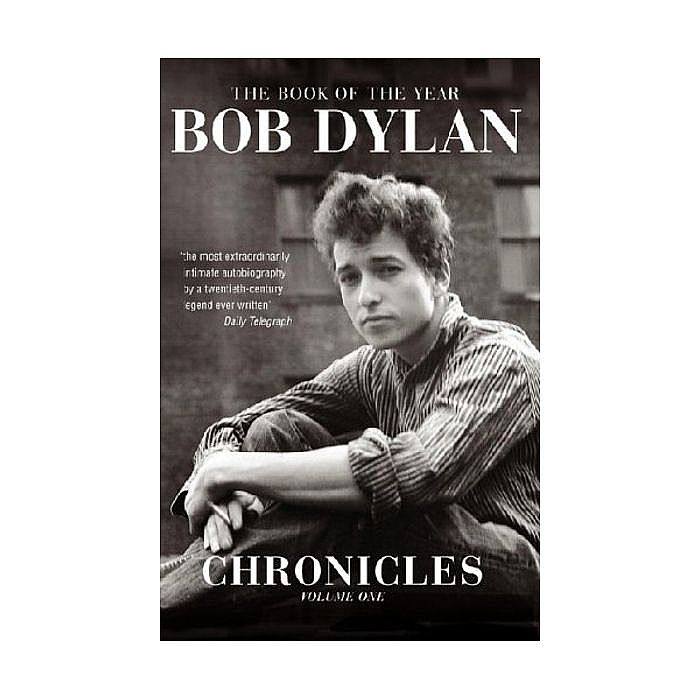 Chronicles by Bob Dylan, published in 2004, is a must for any music lover. Winning a Nobel prize for literature in 2016, the autobiography is a collection of three volumes exploring pivotal moments in the musician’s career. You can hear Dylan’s voice exuding of the pages, vividly describing early 1960s New York where the 80-year-old was launched into stardom, reflecting on his drives and motivations, lifting the lid on his sensational career.

Dylan withholds from discussing his personal life and rather focuses on his love for what he does and how he became a pioneer in the world of music. Here's to more memoirs accounting the lives of our cherished musicians, whether it be in their own words, those who held roles in their lives or writers who have closely studied their eccentric lives.