An artist’s music typically evolves over time but perhaps none so drastically as Lil Nas X.

After kickstarting his musical career back in December 2018 with the release of his chart- topping country rap single ‘Old Town Road’, it appeared the American rapper was going to continue in the same vein for his upcoming debut album. However, the swashbuckling cowboy has got some religious purists and parents fainting over the lustful homoerotic nature of his latest song ‘MONTERO (Call Me by Your Name)’. 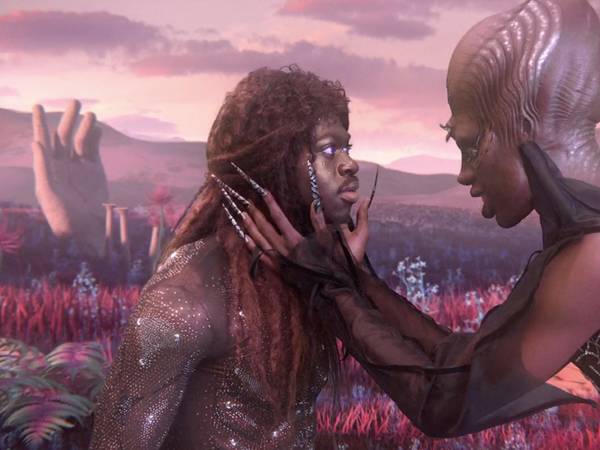 Leaving nothing to the imagination, the music video depicts the young artist descending a pole to the fiery depths of the underworld before giving the Devil a saucy lap dance in tight- fitting Calvin Klein boxers. This incredible directory has successfully rattled the cage of many hidebound critics, arguing that its mature content is inappropriate for the eyes and ears of his younger fanbase.

Fellow rapper Joyner Lucas did not waste any time in lambasting the young artist. “I think the biggest problem for me is the fact he doesn’t understand ‘Old Town Road’ is every kid’s anthem. Children love him for that record. They tuned in and subscribed to his channels. So, with no disclaimer, he just dropped some left-field ish & all our kids seen it. Smh.”

In response, Lil Nas X kindly reminded Joyner that even his first single made reference to “lean and adultery” before adding “you decided to let your children listen. Blame yourself.”

The tweets have since been deleted but the fact still remains that Lil Nas X is refusing to be culturally imprisoned for the sake of pleasing younger audiences.

After finding mainstream success with ‘Old Town Road’, which accumulated a whopping 8.7 million units in 2019, it was heavily apparent this contagious fusion between country and rap music was a guilty pleasure for many listeners. This was shown by the fact that it spent a total of 17 weeks at Number One in the U.S. charts, breaking the Billboard Singles Record for the longest reign in pole position. Despite this viral phenomenon, every artist wants to spread their wings sooner or later. ‘MONTERO’ symbolizes a radical change in his musical progression, showing that he’s outgrown the cowboy boots in favour of knee-high stilettos.

Not everyone has taken so well to this new expansion, with several critics believing he has overstepped the mark insofar as providing child-friendly content. One user wrote: “the system is targeting kids. Lil Nas X’s fanbase is mostly children. They did the same thing with Miley Cyrus after Hannah Montana.”

Lil Nas X clapped back at such criticism, tweeting: “I am not gonna spend my entire career trying to cater to your children. That is your job.” Another user called him “a whole new level of demonic,” before advising that parents ought to check their children’s playlists. 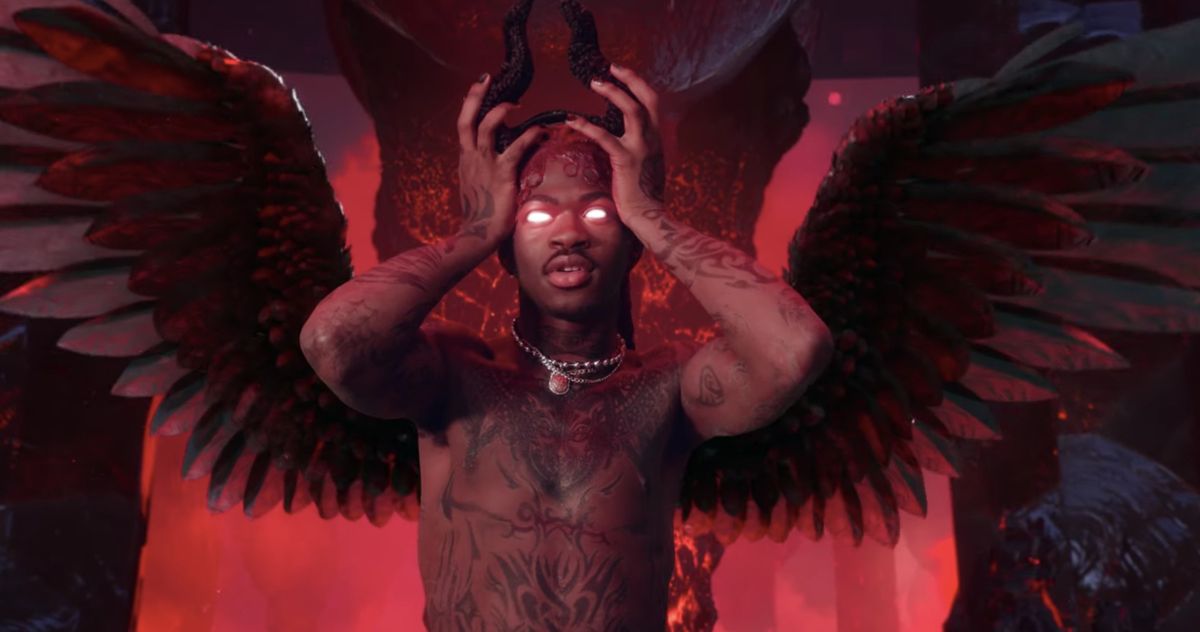 This exposure to mature content is not altogether the fault of a musician but rather the parents themselves. Besides, an artist should not be denied their creative freedom on the grounds that younger children enjoyed their debut single. Otherwise all his records would be overrun with banjo chords and recycled country rap.

In the first week of its release, 'MONTERO' was the most streamed song in the UK, accruing 6.8 million plays on all music platforms. These remarkable figures pale alongside the 75 million views it has racked up on YouTube. With his satanic lap dance stealing the headlines, it’s really no wonder why Lil Nas X has again taken the top spot on the Official Singles Chart, overtaking the likes of Justin Bieber and Nathan Evans.

Lil Nas X has never been one to shrink away from publically embracing his sexuality. In a message addressed to his younger self, he acknowledges the mental struggles of coming out and hopes that his latest music can “open doors for many other queer people to simply exist.” His new track, ‘MONTERO (Call Me by Your Name)’ is a landmark moment in the pursuit to normalize same-sex relationships.

Based upon a man he fell for during lockdown, ‘MONTERO’ is an erotic rollercoaster that does not hold back from glorifying his sexual identity. In the second verse, he lustfully sings: “I wanna feel on your ass in Hawaii, I want that jet lag from f**king and flyin’, shoot a child in your mouth while I’m ridin’.” When speaking with Genius about the lyrics, Lil Nas X shed light on the importance of these homoerotic fantasies. “Let’s normalize having these f**king lines in songs the same way somebody might talk about f**king a girl or f**king a guy with opposite genders, you know?” He feels this defiant openness of expression in music can help destroy the social stigma surrounding different sexual orientations. 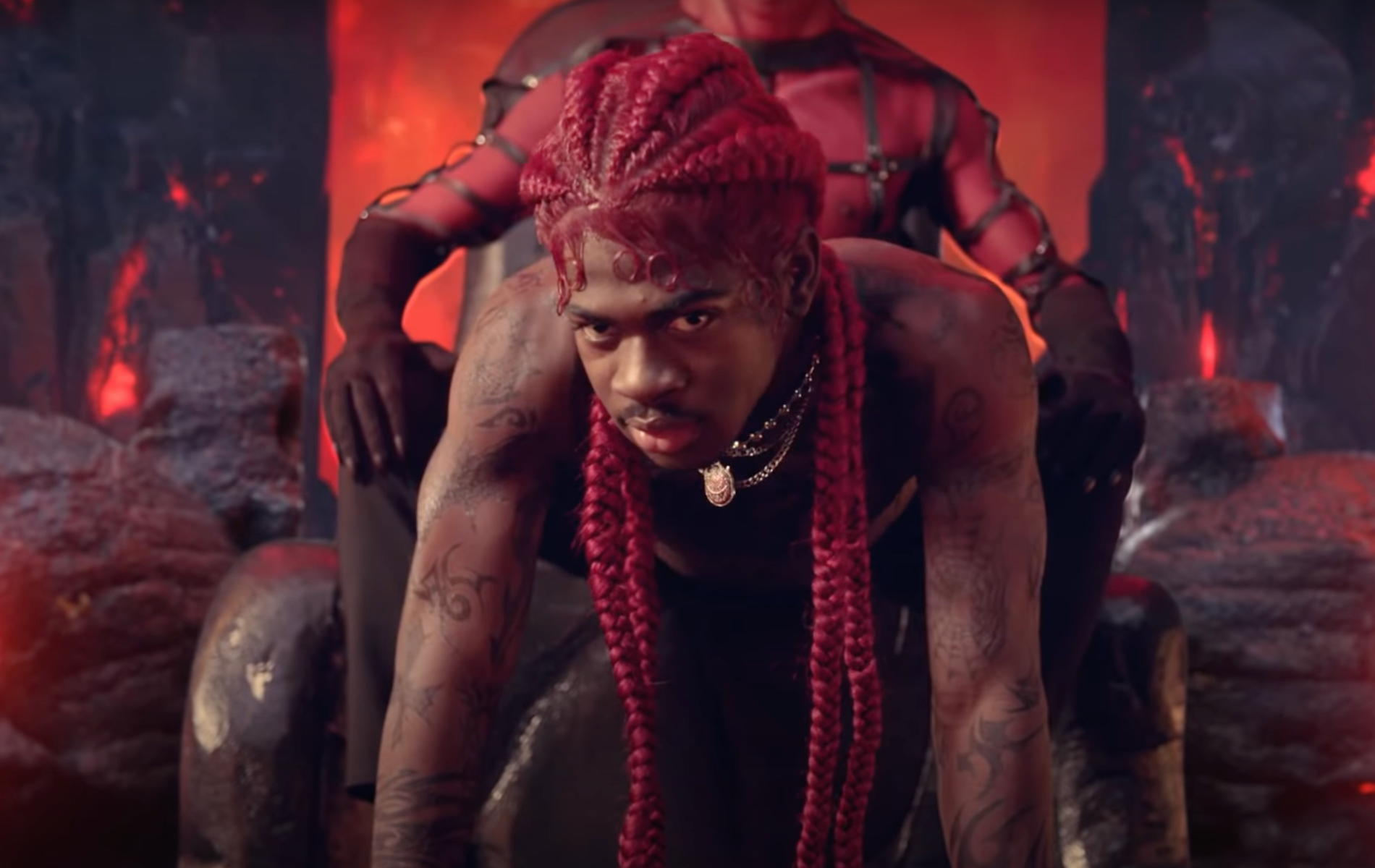 For decades, the LGBT community have been deprived the privilege of openly expressing their sexual views in fear of public backlash. However, with a huge social media following, Lil Nas X has shrugged those worries aside and encouraged others to do likewise, using his creative platform to spotlight the issues facing sexual liberation. He addresses this problem in the intro of his music video, saying: “in life, we hide the parts of ourselves we don’t want the world to see. We lock them away. We tell them ‘no’. We banish them. But, here, we don’t. Welcome to Montero.”

It’s uncertain whether Lil Nas X will continue with this lubricious theme for his upcoming album but given his thirst for controversy, combined with his desire to raise awareness for the gay community, it seems unlikely this is the last steamy homoerotic record we will hear from the young artist. Nevertheless, 'MONTERO' will certainly be an album to look out for this summer.