Of all the things that are anathema to K-pop fans, the worst, perhaps, is entertaining the idea of Lee Taemin never dancing again. At 27, Lee Taemin, known mononymously as Taemin, is what we call the ‘idol’s idol’. He’s the one whose songs our favorites grew up covering, the one they dream of sharing stages with, the one whom they cite as an inspiration in interviews and broadcasts. In the 13 years of his career - as the youngest member of the seminal act SHINee, then as a solo artist, then again as a member of powerhouse SuperM - Taemin has ascended from being an idol to a standard that has yet to be matched.

So yes, if there is something that K-pop fans are afraid of, it’s Taemin saying that he’s ‘never gonna dance again’. So forgive the internet for crashing and burning when he revealed those four words as the title of his latest set of dual albums, Never Gonna Dance Again, ACT 1 and ACT 2.

Of course, being the embodiment of chaos that he is, he’s cavalier when asked about it. It’s about the drama, you see: “When I was a rookie, if I said I was never going to dance again, it wouldn't have had that kind of shocking and dramatic effect as it does when I say it with 13 years of experience.”

Rest assured, though, the idea of never dancing again is as unthinkable to him as it is to us: “I have been dancing all my life. It's something that I obviously can't take away. I am always going to be dancing. I thought it would be fun to name the album that way because - obviously that's not true - I wanted to create the drama and the intensity to show that it's part of my rebellious side, and to have fun with it.”

It says something about the comfort and trust Taemin places in his art that even if he plays with the idea of losing it, he knows he will always come back home. Dance is sewn into the very fabric of who he is - he was in sixth grade when he discovered it, 14 when he debuted with SHINee. As he poured years into crafting his own creative alphabet, it became ground zero for his artistic ethos. A melody turns into a move, turns into a spin, becomes a color, turns into something Taemin.

“In the beginning of my career, I was taking it in from what others were telling me,” he describes his relationship with dance. “I was trying to master techniques and skills that I learned from other dancers. But now that I am so far into my career, I have my own interpretation of what I have been learning. Instead of trying to copy and do exactly as others tell me, I see the trends, observe what other people are doing and reinterpret it in my own colours. It's something that I have been more playful with, rather than something that I am learning and trying to master.”

Over the years, this playfulness has widened the expanse of his artistry, distilling into a quiet and complete confidence that provides immaculate cohesion to his releases. Every element comes together to form a synchronous poem, working in tandem to elevate the one performing it - Taemin - to a higher form. Take ‘Move’, for example, the song of 2017, thanks to its signature waist move, although that’s not the only thing that makes it a masterpiece. ‘Move’ is perhaps the perfect example of how Taemin’s artistic language works. Every refrained string of bass translates into a restrained dance move - as if he’s struggling to contain his power - while every drum that hits a little too hard becomes a free, crazed spin.

At one point, he looks directly into the camera and nods: “Look at me.” He throws out a challenge: don’t you dare take your eyes off me. Even when he propels the camera away during the bridge, he maintains eye contact. And when he pulls the camera back in, you get the feeling that he has created his own gravity.

He repeats this in ‘Criminal’, the title track from 'Never Gonna Dance Again, ACT 1'. After a careful, dangerous game of reckoning with the call of temptation, everything comes undone as he asks the power to destroy him. Like a cry echoing from a precarious cliff, Taemin’s harmonies surround us as the camera struggles to keep up and make sense of this storm. It’s his own powerful bubble where he bends air and gravity and chaos at will, creating a piece of art where no element is removed from the idea of him. It’s a hypnotic vision: self-discovery for him, transformational for us. 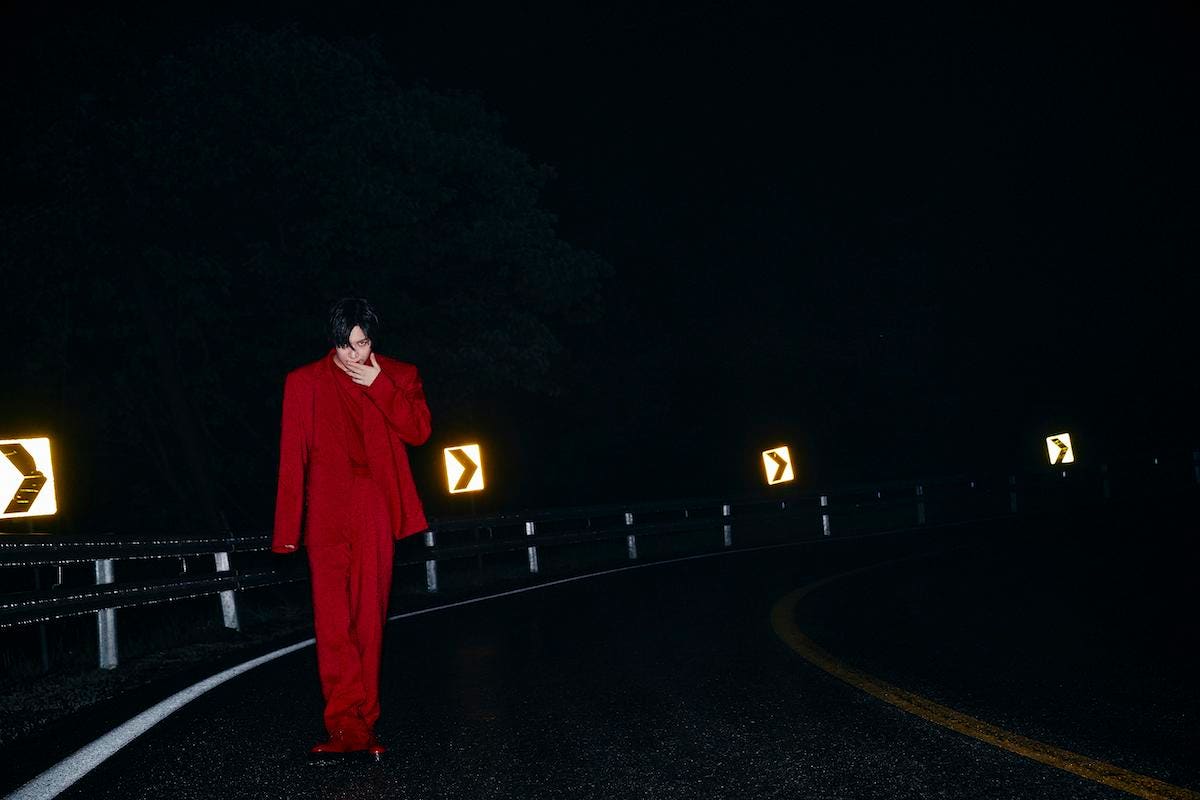 Surprisingly - or not, given how acutely self-aware he is - Taemin is aware of what an ironically strict space these perfect elements demand to exist in. Contrary to expectations, however, the idea of wanting to create the perfect piece of art isn’t limiting. He’s free to choose whatever fits his vision the best and sometimes, it means treading the liminal space between masculinity and femininity, or pushing his sartorial boundaries in general.

“Fashion is very important to me as an artist, because as an artist, it's all about the hearing,” he says. “And providing that experience that enhances people's hearing and sight. [The] music and [the] visual part of my performances are important. With fashion, you express things that you wouldn't be able to do through dance. For example, in my performance, if I want to show a fiery, passionate red performance, I can't show the colour red through dance alone,” he paints a picture, and it’s a reminder of the iconic red suit in ‘Want’, the title track from this second full album, Want. It’s another example of how his artistic lexicon extends far beyond the musical: a song replete with lyrics and imagery of temptation - often going into the biblical - held together by the very colour of seduction and passion.

“I have to wear the clothes and to show that kind of vibe through my performance. It is very important for me to do that when I am thinking about my artistic vision, and the clothes are like wearing different characters. When I wear different clothes, I feel confident on stage and it gives me that energy and helps me get into character: it's the concept of the music.” he explains.

At that point, masculinity becomes fluvial. Over the years, we’ve seen him stretch the notion of this traditionally constricting concept: in lace, in flowy-satin, in masks, harnesses, and eye-patches, in deconstructed shirts, wide-legged pants, crop tops, and even satin ribbons binding his hands together. In this dynamic, identity finds liberation in the right kind of expression.

Taemin often talks about the concept of a “complete” artist. To him, it’s someone who doesn’t just translate cohesion into their music, but also finds an empathic way to connect with their fans: “I am always trying to do that through my music, and so while there may not be a perfect artist, I am always trying to forge that connection: that special connection and empathy, sympathy and trying to connect feelings with my audiences.” 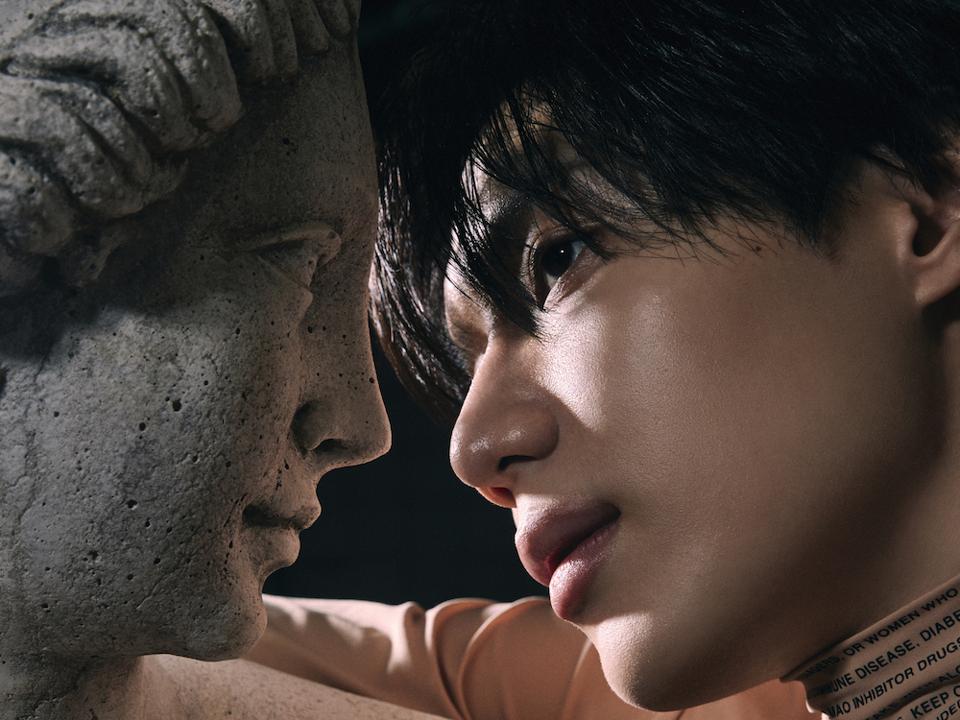 While we might argue that the genesis of a “complete” artist is, one might agree that part of it directly correlates to believing that you’re perfectly and blatantly honest about the kind of artist you want to be. When it came to his solo career, any concerns about how these perceived breaches of the traditional values of masculinity would be received went out the window when it came time for him to define who he wanted to be as an artist.

“I was young when I started my solo career, I think the bravery comes from that?” he wonders. “When you're young, you're free to do all these things that you would be able to do at a young age - part of my bravery came from that.”

He continues: “Also, instead of trying to fit into other people's expectations and the fashion standards that had already been set, I kind of figured out what worked for me. It was part of a self-discovery process, finding that individuality. Rather than trying to come up with a specific style that would work for everybody, it was more about expressing myself and what fits me the best. Just thinking about that gave me the courage to try something new and be bold with my fashion choices.”

Of course, that doesn’t mean he didn’t have his moments of doubt: “As an artist, especially for me, there is always a dilemma between trying to be a role model and trying to gain people's respect through originality and individuality, through my music and performances. At the same time, an artist has to be able to connect with his audience and be able to empathize with my fans.”

But it’s through these moments of introspection that clarity shines through, and it’s quite simple really: nothing is going to stop him from doing what he loves, so he’s just going to keep on doing it.

“Trying to achieve both is really hard, especially trying to find the balance between the two,” he says. “I always want to create not something that's 'trendy', but something that is very personal and unique. I want to bring something new to the floor, and that's where I want to gain respect from as an artist. At the same time, I want to connect to my audience and create that empathy and that special connection. So, that's an ongoing homework for me: I am always trying to figure that out and always thinking about that, that's why you can see two different sides of me through my performances.”