There are two mainstays of any interview with Cillian Murphy. The first has been present since he first came to the public’s attention: those too often eulogised distinctive facial features of his. Everything than can be said about them has been, so onto the second. This must’ve been posed by every interviewer over the course of his promotion for last year’s dystopian In Time: the question of whether he’ll reprise his role as the dual persona of Dr. Jonathan Crane / The Scarecrow in The Dark Knight Rises. “July! That’s my answer.” In print it looks harsh, but in person his broad smile tells another story. We’re playing a pointless though expected game. I know I won’t get an answer. He, presumably, can’t confirm either way even if he wanted to. 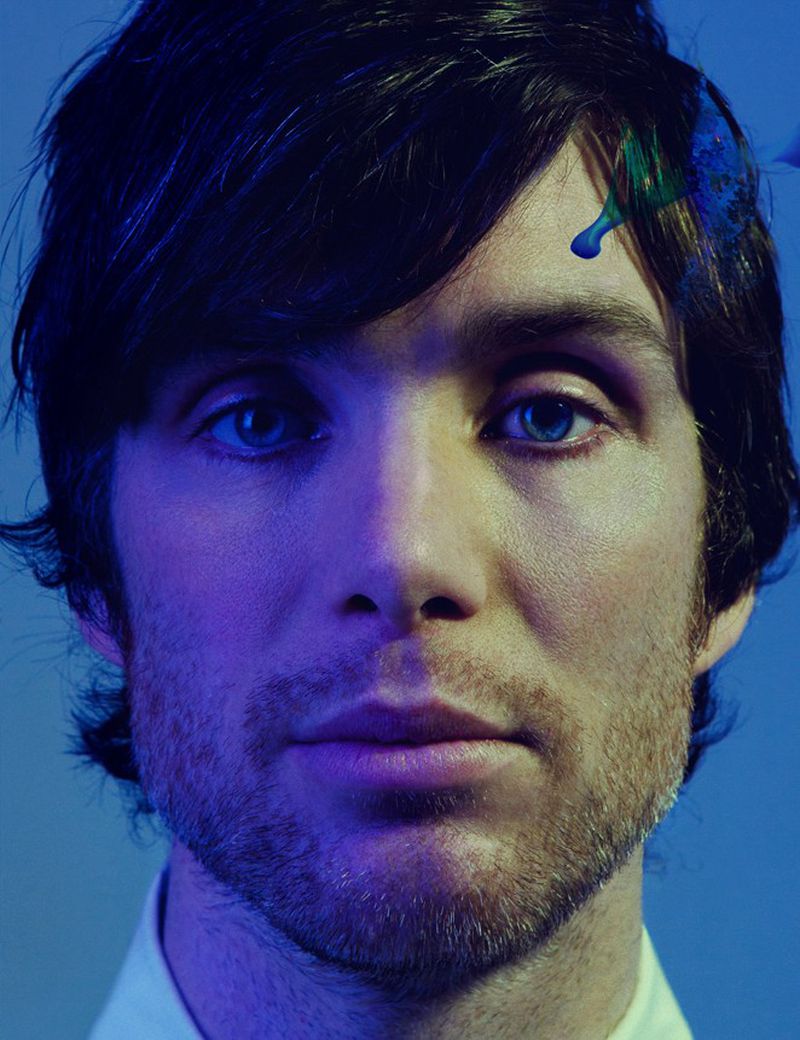 Which leaves us to investigate the finer details of Cillian Murphy; the man and his work. The sheer range of his films is staggering. With Christopher Nolan (Inception, Batman Begins) and Danny Boyle (28 Days Later, Sunshine), he makes what he describes as “mainstream movies that tick all the blockbuster boxes, but are smart, make you think and that don’t condescend the audience.” He has played a charming psychopath in Wes Craven’s Red Eye, a doctor who joins the Irish Republican Army in Ken Loach’s The Wind That Shakes The Barley and has portrayed two men with animalistic nicknames: troubled teen Pig in his debut movie Disco Pigs and the transgender Kitten in the unconventional comedy-drama Breakfast On Pluto. “I’ve always loved transforming actors, where you suddenly say, ‘Fuck, is that the same guy?’ I’ve tried to emulate that a little bit.” 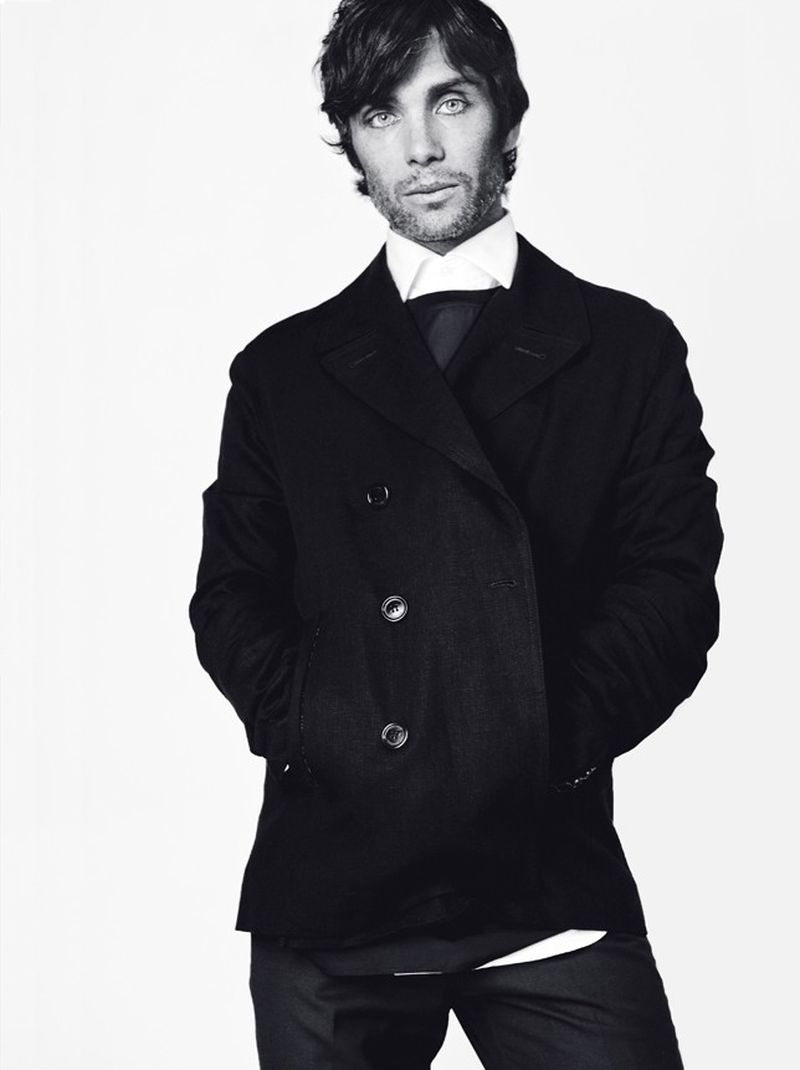 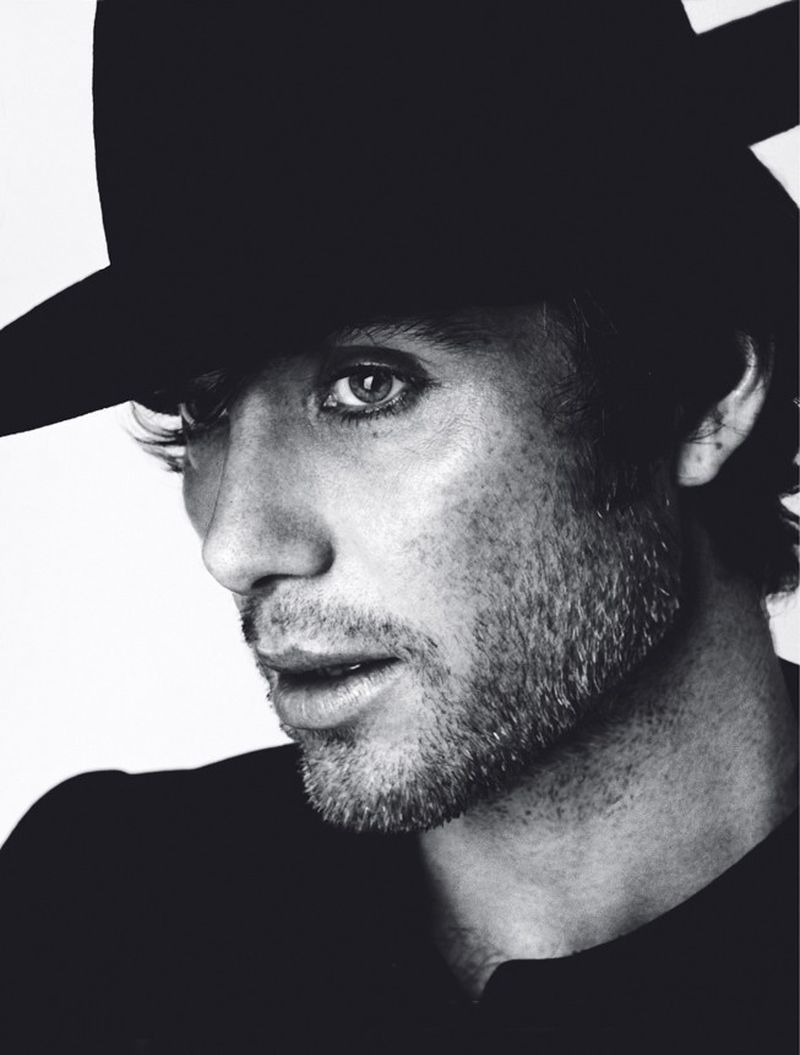 This month sees Murphy return to the stage with the debut London production of his one-man show Misterman, which received critical acclaim following its earlier runs in Galway and New York. Murphy plays Thomas Magill, a man from the small Irish town of Inishfree who believes that he has a connection with God. He replays a day in his life to try to make sense of an event that happened on that day, simultaneously morphing into other sinful characters from the town. “It’s a play about trying to carry this immutable fact around with you, trying to make sense of something that is impossible to make sense of,” explains Murphy. “It’s like in anything where religion comes in and warps people’s thinking: nothing in life is between good and bad, there’s always the grey area between them. But Thomas cannot make sense of that.” At the time of speaking, it’s over a month before Misterman opens and already Murphy can be seen slowly evolving into the hirsute Thomas as a delicate layer of stubble peppers his face. He won’t shave until June. “You have to shampoo and condition it otherwise it gets into a bad state,” he shrugs.

Murphy describes the one-man show as “the Everest of acting. It’s the ultimate challenge.” Growing a beard, it seems, is the easy part of the challenge. The role demands his command of a vast stage - for the Galway production, he observes, you could ride around the set on a scooter. “I’m probably fitter than I’ve ever been in my life as a result. It has that incredible concentration and immersion that I love in any form of acting,” he says, his almost boyish enthusiasm shining through. “With Misterman I’m generally so physically ruined at the end of it. I’m not complaining about that, I adore it but you do feel physically wrecked.” After a run of the play comes to an end, Murphy needs to adapt to life away from the character. “My wife is always like: ‘You’re in the decompressing stage.’ It’s a deeply subconscious thing, you’re not away of it. I rely on other people to tell me.”

Misterman also takes Murphy back to the starting point of his career due to his connection with the show’s writer, the acclaimed Irish playwright Enda Walsh who also co-wrote Steve McQueen’s immense debut film Hunger. Murphy’s first professional acting job came with a production of Walsh’s Disco Pigs, which also provided his first lead role in a movie. Long-term friends and near neighbours, Misterman is the first project that Murphy and Walsh have worked on since. 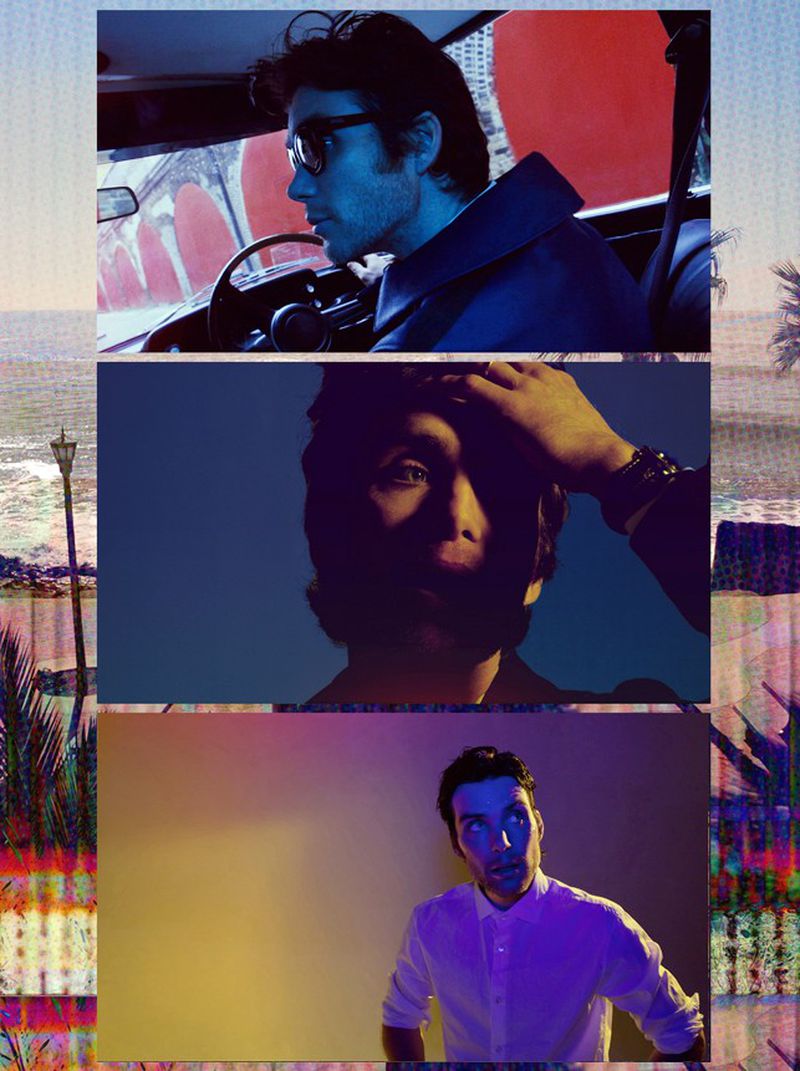 “He’s fearless in terms of theatre,” states Murphy, with admiration for his friend shimmering from deep within his soul. “He always wants to make theatre dangerous, and honest and frightening - all the things that I’m into. And he’s got this incredibly brilliant warped sense of humour that I tend to share, a little bit. There’s a lot of broad physical comedy in it - not something that I’ve ever done before. I watched a lot of Buster Keaton and Fatty Arbuckle and those guys to go for it. Enda makes you laugh but all the while you feel uneasy. He’s a genius at that kind of unsettling humour. But for me to be able to do that broad physical comedy was a great release. Film acting is so minute, so precise and so contained… to be given a vast stage to do this clownery was a liberation.”

This is an excerpt of the cover feature of the Film issue of Clash magazine, out 5th April. Find out more about the issue HERE.