Emma Lee Moss, aka Emmy The Great, has had a pretty great 2020, all things considered. Between releasing her critically acclaimed fourth album ‘April / 月音’, and performing it to a socially distanced - and extremely grateful - audience at the Barbican in October, the musician and writer also provided the soundtrack for her friend Sara Pascoe’s latest sitcom ‘Out Of Her Mind’, and produced two radio programmes for the BBC. Oh, and she’s working on a musical about female wrestlers.

Somehow, she found the time to chat to Clash about writing bilingually on ‘April / 月音’, performing during a pandemic, and settling in London after a life spent in transit.

Hi Emma! Congratulations on the Barbican show! Did you enjoy it?

It was wonderful - I couldn't really believe that we were playing a gig. There was this consensus before we went on stage that it was potentially the only gig that any of us would play [this year] and we just had to have a good time. It felt weird at first - usually you're waiting for the energy of the audience to come like a massive wave, but in this case it was coming in these individual, quiet pockets, and I had to really switch my brain into this mode of seeing each person's private appreciation rather than thinking of it as a crowd.

At first it was like ‘oh my god everyone's wearing masks, maybe they don't like it’, and then I thought, people have put themselves in actual mortal danger just to come to this gig, so essentially the energy is there, it's extremely there. Everyone had put in so much effort to be there, everyone on stage, offstage, in the audience, all the tech people, the Barbican, it was quite moving.

‘April / 月音’ has been received so well by both critics and fans - were you pleased with the response?

I feel so happy, I've never had an album where so many people kind of understood it. It's quite a weird album because it comes from a lot of perspectives that I wouldn't expect to share with the wider British person, so the fact that people are noticing things that I was kind of hoping they would, no matter who they are,makes me really really happy. It makes me feel like humans connect a lot more than you think when you're worried about the world.

It's funny, you wrote the album in 2018 but there's a sense of not knowing what the future looks like yet, and trying to piece it together that resonates this year.

Yeah a lot of the lyrics are about letting fate take its course. Since I went to China [Emma spent part of 2017 doing a residency in Xianmen] I've always felt like sometimes these weird serendipitous moments come out of nowhere, and you're like OK, well I bumped into someone that I thought I would so therefore I must be on the right path - which is also apparently a symptom of anxiety, so I don't know if I'm slightly Buddhist or just really anxious.

I found that at the beginning of lockdown, when everyone was sort of slightly jolted. that there was a lot of weird stuff happening, like the universe was kind of shaking or something. I think in times of peril you look for more signs.

Is it nice being in London? In ‘April/月音’ there are mentions of your time spent in Hong Kong, Barcelona and New York, and you explore feeling liminal and occupying different spaces. Are you feeling stuck or are you enjoying staying in one place for a while?

The sense of permanence that has come with moving back to London, even in these circumstances, has been really welcome. I think that's what I wanted from this album - to find my way home.

Each of my albums has helped me discover something, and I've come to kind of rely on them as part of my personal life journey. When I started making it I was like ‘What's the most valuable thing that I could learn from this?’ and it was that I've got to figure out where I live, and I think I have which is great. I gave myself a brief and followed it, and here I am!

You grew up speaking both Cantonese and English, but ‘April/月音’ was your first time writing in Cantonese. How did it compare to your normal songwriting process?

Those songs were very much the most personal bits. I always thought of the album as - this sounds poncy, but - autofiction; it's sort of my stories but it's also very fictional. But all the Cantonese stuff is extremely real, like snapshots of my real life, and I think the reason I wanted to put it in Cantonese is because it was just so personal. I know that billions of people speak Cantonese, but in my life it's only me and two other people, so it felt more private.

You’ve talked about your love of Cantopop and the influence it had on the album...

What else were you listening to while you were making this album?

Actually, I was doing a lot of meditating to bowls, singing bowls and I never do that anymore because I have a child. I also was listening a lot to Brian Eno's ambient work, and Ryuichi Sakamoto's album 'async'; loads of really ambient stuff that allowed me to listen to pipes in the wall and stuff at the same time, that was fun. 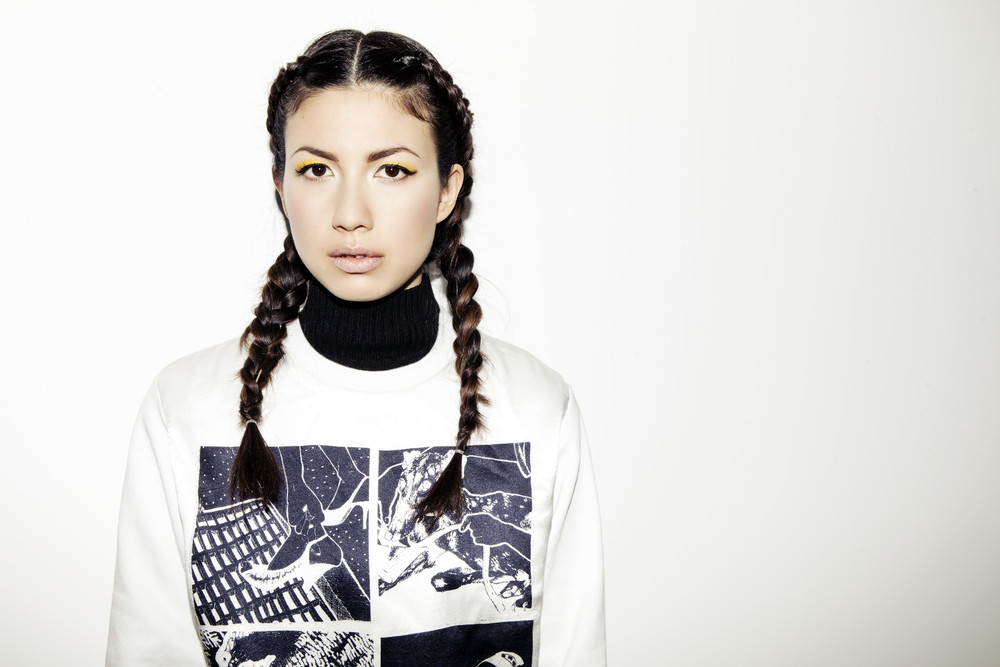 There’s a lot of ambient sound in the background of the album. Did you record it yourself?

Yes, I was walking around Hong Kong, and on trips in Asia with my field recorder. That's the kind of thing I just enjoy doing, the other day I was listening to the radio and a listener had sent in their field recordings of a tree and an owl, and I was like ‘this is great, turn it up!’ It's really fun to listen to places. I sometimes go on that website Freesound and just listen to people's recordings. A lot of the time it sounds terrible, it's got too much hiss in the background, but you think: this is a place, this is someone’s time, it's the sound of someone's time.

What else have you been doing over lockdown?

I've just been working a lot. I've been really lucky so far because during maternity leave [Emma’s daughter was born in early 2019] I pushed a lot of projects back, so I'm still working through the year that I took off on lots of stuff, for radio or writing songs for other people. I've written the first act of a musical about female wrestling with the playwright Isley Lynn which is really fun, and we're working on the second half.