Despite being foundational to AJ Tracey’s success so far: the Ladbroke Grove native has never shied away from venturing outside of grime. His broad listening habits regularly shine through his work, and he’s collaborated with US rap artists like Aminé and Denzel Curry, electronic producers like Clams Casino and Bauuer and crossover stars like Craig David and Mabel, as much as he has shared tracks, stages and cyphers with homegrown MCs.

Speaking on his recently released self-titled debut album, AJ recalls the reaction fans had to an old tweet. “I put a tweet out saying, ‘I’m the most versatile MC in London, you have to say that as fact’, and some people agreed with me but other people were saying ‘ahh I don’t know about that.”

It’s a point he wanted to hammer home even further with his debut album, on which AJ’s adaptability is undeniable: “People know I have a strong lyrical ability and I’ve never understood people who say I don’t, so I wanted to show my versatility on this album,” he continues. “I remember there was one guy who commented on my old tweet that I wasn’t versatile but when the album came out he said I was. But I don’t like to pay too much attention to what people say on social media.” 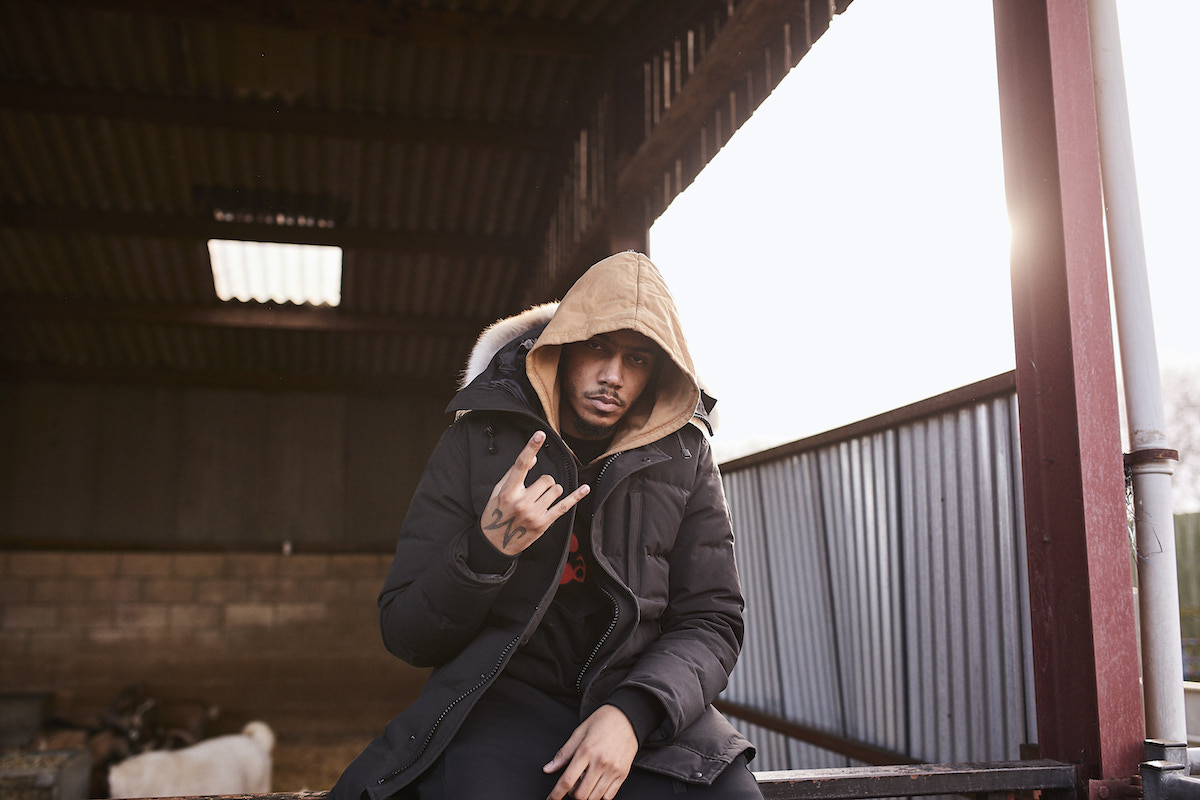 One of three carefully chosen features on the album comes from rising Brooklyn rapper Jay Critch, a signee of Rich The Kid’s Rich Forever imprint, who draws influence from the melodic end of Atlanta’s trap sound. Jay’s inclusion in the track ‘Necklace’ highlights AJ’s appreciation for rap music from across the pond, something that he’s always embraced despite flying the flag for London.

“I think everyone’s noticed I have been influenced by America in the jewellery I wear but it’s not that serious,” he shrugs. “Rap was invented in America, so we are doing a version of their music. Same way if Americans are doing UK garage or Grime or even dancehall, like Tory Lanez does, you’re doing a version of Caribbean music.”

“At the end of the day, I’m influenced by loads of people from Vybz Kartel and Popcaan, to Gunna, Jay Critch, and I like to listen to Lil Uzi’s music. It is what it is, I draw inspiration from wherever, and I can see that in my character. It’s never intentional, I’m not trying to American but from being in America and listening to their music it happens naturally.” On the run up to release, AJ launched his own show on Apple Music’s Beats 1 radio station. Entitled '100% Farm Fresh with AJ Tracey’ – inspired by the goat that he recently adopted who appears on his album cover – the four week residency saw him taking over the airwaves for live hour long shows.

The episodes saw him joined by collaborators like Steel Banglez, Nyge and Conducta, as he played music by his peers and influences, even airing some unheard demos of his own. “I’ve always seen Beats and Apple as a very clean, prestigious company, and everything they do is important,” he says of his partnership with the station.

“They set trends, they innovate. More people have iPhones than toilets, so they must be something they are doing right!”

AJ cites Stormzy’s #MERKY radio show as a major influence on his decision to take the plunge into radio, and how he used it to build story and context around his musical output. “I got the idea three years ago from when Stormzy announced he had a show on Beats 1,” he explains. “I saw Stormzy doing something different that a lot of MCs weren’t doing. Seeing Stormzy stepping out of his comfort zone and doing something else to draw different people in, made me want to do it. When he spun some of my music it made me feel good and I want to do that for other people.”

While the first season has come to an end, he intends to continue developing his show, and intends to use it as a way to give aspiring acts the boost that he never had when he was on the come up.

“I will always try and plug my friends’ music, or music from any up and coming artists who deserve a nod. Because I didn’t really get co-signs when I was younger, so I think it’d be good to do that.”