Do Yourself Some Good: UNKLE Returns

The pandemic has very much been a time of reflection for UNKLE mastermind James Lavelle. With 2020’s touring plans scuppered he, like many others, found himself in a position that he hadn’t for quite some time – with time to think and reflect.

“I've never really taken much time out from working since I started,” he muses. “You're always kind of on to the next thing, whether it's touring or making a record, or running a label or whatever. It's always sort of been quite consuming.”

For UNKLE’s latest venture, Lavelle has turned his attention back to his DJ roots, developing a set of mixtapes. The first, 'Rōnin I', boasts a series of re-worked tracks from 'The Road Part II', reconfigured for a club experience that was denied to us throughout 2020.

Having recently concluded an extensive period of touring, which included a lauded appearance as part of fabric’s 20th anniversary in 2019, Lavelle was already taking time out to plan for a series of more dance-oriented sets throughout 2020.

“It was kind of the time where we were going to be doing that anyway,” Lavelle recalls. “We just started re-mixing tracks, just kind of looking at things with the idea that we were going to be touring and it would be new material to play or re-versions of existing material.”

When touring plans were abandoned in light of the pandemic, 'Rōnin I' gradually took shape in the form of a collection of re-worked tracks from 'The Road' sessions.

“I hadn't done a DJ mix in a long time and quite a lot of the songs from the last Road record, I'd wanted to kind of look at in different ways. And so it kind of ended up becoming this sort of collage of all these different ideas, whether it was experimenting in the studio, or going back to being more in a certain headspace for certain records.”

For Lavelle, that meant working up several new ideas from scratch, resulting in two brand new tracks – ‘If We Don’t Make It’ and ‘Do Yourself Some Good’, which punctuate a series of re-mixed or re-versioned tracks. The latter, built around a blistering sample of American Gypsy’s ‘Inside Out’, represented an opportunity for him to develop some creative ideas he’d been keen to explore following his recent sets.

“I’d always wanted to do something with American Gypsy,” he recalls. “It was a record that I love and it just felt like time just to be able to kind of play around a little bit and see how that would join together as a mix… The last time I actually DJ’d, before lockdown was at The Social and I was going to start this monthly night, which started from more of an eclectic mix of soul and hip-hop and funk and house, but it built up to something more euphoric. And that was sort of how I saw where I wanted to go more as a DJ again.”

Lavelle was also influenced by his work with Gilles Peterson in the 90s at the legendary That’s How It Is night at Bar Rumba. When plans for a reunion at We Out Here in 2020 were put on hold, Peterson asked Lavelle to put together a mix for Worldwide that quickly evolved into something bigger.

“[Gilles] asked me if I could just do a mix to put out to people, because it wasn't going to happen and so I sort of took it a little further and I decided to do these four mixes where I basically took each section of the night, so you’d have a warm-up for kind of the middle section, that kind of high peak section, and then the sort of end part of the night. I did these sort of three hour mixes based on all these records that we played there… It was quite a good exercise, going back to that place mentally. It opened up these sort of ideas and things that I had wanted to do, where I wanted to take an element of that period of what I was doing and mix that with where I'm at now.”

While the bulk of 'Rōnin' I is built around tracks produced and recorded pre-pandemic, Lavelle found that much of the lyrical content had been re-contextualised by the changing global situation.

“I'm not just trying to make the kind of remix record where it's just sonically interesting. For me, the songs matter and the lyrics matter… Those songs were consciously trying to sort of be of the moment and to be off this time… Pre-COVID we were just in such a materialistic and sort of narcissistic period, so when you're writing in that time, those things are influencing your headspace. And then when you're sort of looking at it in the place you are now, you’re like, ‘Oh, shit, actually, these songs weren't about despair.’ ‘Feel More With Less’ – this feels right now. Listen to this, but listen to it in this context.”

As well as revisiting tracks from The Road sessions, lockdown represented a broader opportunity for Lavelle to delve deeper in to UNKLE’s eclectic past, utilising his time to reflect on older tracks and entire albums, as well as three decades worth of UNKLE ephemera.

“My archive has been this kind of beast that I've been trying to deal with over the years,” he laughs. “I've got boxes and boxes of notes from studios, or books that I've written, or designs on faxes… What I've done now is I've got this archive where I've got a ‘Psyence Fiction’ archive, a ‘Never, Never Land’ archive, a ‘War Stories’ archive and all of that… But that side of what's happened in the last year has allowed me to do those things, which I think has been something that I sometimes don't want to deal with. It’s Pandora's box. Once you open it, it never ends.”

Having recently regained the rights to the majority of his back catalogue, Lavelle also seized the opportunity to consider how UNKLE’s past might influence its future.

“I've really been trying to sort of rebuild UNKLE from the ground up,” he states. “I’ve always had this sort of analogy that UNKLE tends to be built from the top of the pyramid down and it's just a bit of a nightmare, so I've been really trying to kind of rebuild my foundation over this time. Things like dealing with the archive, how I can reissue and do interesting retrospective things, and also what I'm doing moving forward.” 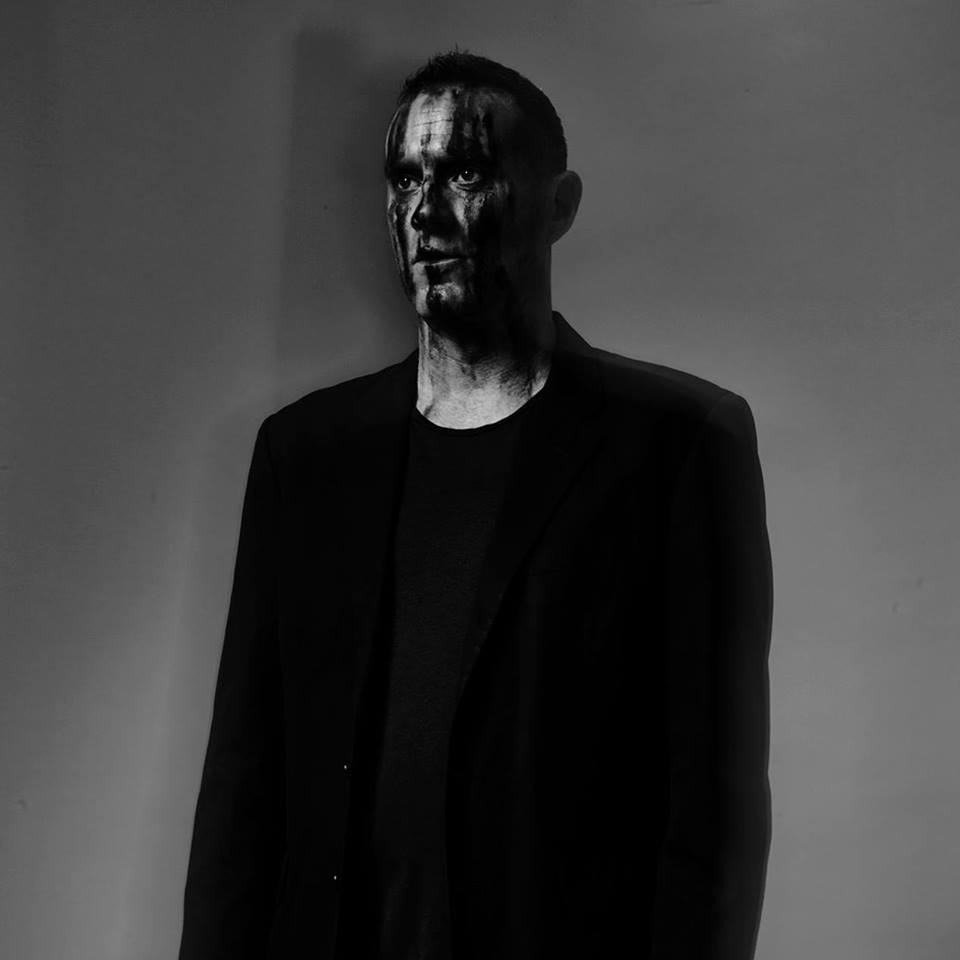 Looking ahead, plans for the third and final chapter in The Road trilogy are very much in motion, with the exploratory nature of Rōnin playing an integral part in its development.

“I wanted to use this time to experiment so that when I’m ready for that conclusion. I really just want some time to experiment. That’s been the biggest thing to come out of this time – just being able to have a bit more time to sort of play around and try some ideas out that I hadn’t before, or I’d wanted to. So at the moment I feel like I’m in a period of doing some interesting projects and then through that journey, hopefully, a new record will come out of that.”

For now, fans won’t have long to wait for Rōnin II, which sees Lavelle re-teaming with regular collaborator Miink.

“If you think of this record as like being in a club with someone like myself playing, it’s a kind of beginning, middle and an end of a night out. The record that I’m making with Miink is kind of post-club. It’s what you go home and put on… He’s brilliant. His production’s really great and it was an opportunity for us to really focus on production, rather than collaborating in a vocal way together, which we had more before.”

While the Rōnin project has afforded Lavelle time to reflect, it seems it’s only a small part of bigger plans for UNKLE as an entity.

“For many years, I only wanted to look forward, and it was very emotionally driven,” he concedes. “I think for the first time in my career, I've gotten myself in that place where I've sort of got this history and I can kind of go back, where I couldn’t before. I found it quite difficult… There are lots of negative things for a lot of musicians when you are purely trying to survive on royalties or live income. It's a really difficult time, and I really feel for those where that is a primary source of income for them… I'm fortunate that I've worked around different mediums, but it needs to be centred, and it needs to kind of feel like there's the right team around it… So I've just been really trying to kind of be creative, but also sort of create this new platform in which I can, hopefully, navigate myself through whatever the new world of music is.”

So, what does the future look like for UNKLE as a whole?

“In a weird way, it's a bit more like a label – being able to put out records without it being caught in the system, you know? I kind of want to do things that sometimes are maybe a little bit more experimental, where I don't have to put the onus on it being this massive thing – doing a big album campaign and sort of trying to adapt a bit. I just want to feel like I'm moving.”

'Rōnin I' is available to stream now.