While album bundles have been around for decades, they are becoming increasingly popular sales strategies as labels and artists compete with streaming platforms, which now account for 80% of music consumption in the UK. Bundles consist of multi-album packages (combining CD, cassettes or vinyl formats), album and merchandise such as apparel, or album and concert tickets. They may be offered for a limited time period or in capped quantities to incentivize fans to make a purchase or else ‘miss out’.

Some artists feel that bundles are an attempt to ‘game’ the charts by artificially inflating album sales figures. This is a ‘game’ that larger artists are arguably predisposed to win because of economies of scale, larger marketing budgets, and for more established acts perhaps an older fanbase that have more disposable income to spend on deluxe bundles.

Others don’t care about the charts at all; Ed Brown, co-frontman of Norwich-based indie-punk band Space Is Big says, “The rise of the internet means two things, firstly that people can basically bypass charts altogether in discovering music, and secondly, that the main way people consume music — streaming — gives almost no money back to the artist, so you really need to plug merch and tickets at any opportunity.”

For those who do care about the charts, though, there are rules in place to try and mitigate any potential imbalance arising from album bundling. Like the US Billboard charts, which announced changes towards how it counts bundles towards the album charts (with the rules effective from 3 January 2020), the UK Official Charts allow artists to bundle albums with merchandise or tickets so long as certain restrictions are met. A spokesperson for the Official Charts Company said: “The rules that govern the UK’s Official Albums Chart and which products can be bundled together are among the strictest in the world. These rules are designed to ensure that genuine purchases of music fans are fully reflected, while avoiding manipulation of the chart, and also ensuring there is a level playing field for releases of all kinds, from labels big and small.

“These rules are defined by the Official Charts Company in partnership with a committee of senior executives from across the record company and retail divide, including representatives from both independent and major labels, digital platforms, independent retail and mail order. 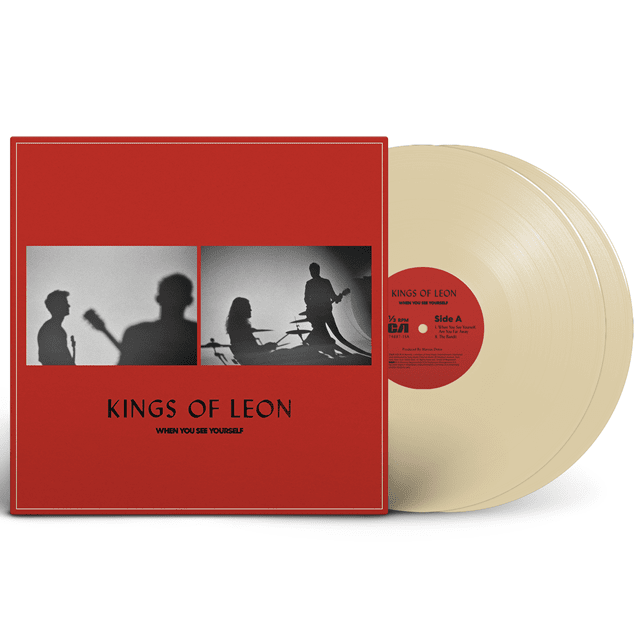 Yet all of these acts bar TikTok sensation Olivia Rodrigo have only held onto their no. 1 spots for a week, suggesting there isn’t enough demand for their physical releases for them to hold onto that top chart position for longer. Perhaps that’s because only a certain demographic of fans collect physical releases and can afford album bundles. While Olivia Rodrigo is offering a CD and cassette collection for just £18.99, Foo Fighters’ ‘Deluxe bundle’ is priced at £72.99; Kings of Leon’s ‘Ultimate merch bundle’ costs £82; and Noel Gallagher’s High Flying Birds are selling a ‘Deluxe vinyl box set and print’ for £90.

Other fans simply prefer ticket bundles to merch bundles. For acts like Scottish rockers The Fratellis, ticket and album bundle profits go to independent record shops and the band’s crew, making the bundle option even more appealing to altruistic fans. Ticket bundles are also one of a few suggestions from the Music Managers Forum & The FanFair Alliance to help combat ticket touting. Bring Me The Horizon fan Paul Lowbridge says, “I bought Post Human: Survival Horror with tour tickets. As a concept I like it, I feel it limits how many touts are able to buy up all of the tickets.”

On Crash Records’ ticket pages for 2021 UK no. 1 album holders You Me At Six, Celeste, Architects, and Sir Tom Jones there are pleas from the artists to buy ticket bundles in lieu of a standalone ticket. Not every fan will be able to afford ‘only £3.49’ more for the ticket bundle, but for most fans this is a small price to pay to show support, especially after Covid-19 has had devastating impacts on artists’ live income streams.

Yet it’s not just major label acts that are bundling their music with merch or tickets. Independent Manchester post-punk band IST IST bundled their May 2020 debut album, 'Architecture', which made the Top Five in the independent, vinyl and physical album charts. Speaking about their motivations for bundling the record as a multi-album format package, bassist Andy Keating says: “Firstly, our fanbase demographic are into physical products, they buy a lot of merch and physical music. So there’s an element of a decent amount of them wanting all the variations, so bundling it makes sense for them. Secondly, slightly cynically, if there’s an additional vinyl or CD in there for an extra tenner, people might be tempted to just spend the additional money and in turn it’s a bit extra for us and extra sales towards chart figures.”

Songwriter and guitarist Mark Simpson from unsigned Manchester band The Happy Soul has released album bundles in the past, and plans to do so for the four-piece’s current album Golden Wander. He says, “If we are talking about the physical charts, then I think there have always been nefarious ways to play games. Payola used to be a dirty word in the music industry, but now it is standard practice. So unless there is an unanticipated systematic change in the way that the music industry operates, 'gaming' the charts is just a byproduct of an industry that is moving inexorably further and further away from meritocracy.”

University of Glasgow Popular Music lecturer Dr John Markey agrees, saying: “I think a case by case basis will allow for lobbying/pressure to be put on the charts by major record labels to have specific artists’ cases looked at more favourably. As always in the music industries, those with the most money/power have a tremendous say over what actually happens in practice.”

There are clear benefits to be reaped from selling album bundles: artists benefit from economies of scale on merch production, net more profit overall compared to streaming incomes, and can minimise the number of tickets going to touts. But acts who favour digital-only releases are disadvantaged compared to their merch-flogging peers — whether signed or unsigned. Those that rely on streaming services alone rather than artist-friendly retail platforms such as Bandcamp are particularly disadvantaged. For a digital release to count towards the charts, the streams of the top 12 tracks (or all tracks if an album has fewer than 12 tracks) are aggregated together and converted using a ratio of 1,000 streams = 1 album sale. That’s a lot of listens for the charts to factor you in as a fan. That’s before you think about the payout from these streaming platforms, too.

Despite not releasing physical formats (instead sharing tracks on SoundCloud and Bandcamp), unsigned Bristol-based band Wildcat Boozy frontman Tom Robertson says: “I think album bundling is definitely a method that is used to bump charts but I don't see any issue in that. At the end of the day fans buying bundles are doing that to support the band, and the band should receive the recognition for that in the charts. I think we've shifted as a society so harshly to online streaming platforms, and it's very difficult to make money from streams obviously, so smaller bands are opting to raise funds in other ways, merch, bundles, etc. so I think it's only logical to group any album sales from bundles in with chart sales.”

Liverpool band Murmurs don’t currently offer album bundles, but hope to in the future. Drummer Kev Mckay says: “A change to the rules would certainly affect us unsigned bands negatively simply because of the costs of trying to compete with the bigger bands.”

Smaller, unsigned acts simply don’t have the marketing budgets to promote standalone releases to the same extent as acts signed to major or even indie labels. But even if digital-only acts and indie artists are somewhat disadvantaged, the 27% of 2021 UK no. 1 album holders who aren’t currently offering bundle deals show it is still possible to land a top chart position without playing the bundle game.

Acts resisting the bundle bonanza include Michael Buble, whose record 'Christmas' was the first No. 1 album of the year; slowthai, Wolf Alice, and Barry Gibb. Nor has Taylor Swift offered bundles for her two most recent UK No. 1 albums, 'evermore' and 'Fearless (Taylor’s Version)' – although the American songwriter previously offered hoodie, t-shirt and smartphone stand bundles for 2019 release 'Lover', and even did a deal with Papa John’s for her 2012 album 'Red'. Swift won album of the year at the Grammys for 2020 release 'folklore', after the album spent three weeks at No. 1 from August6th  onwards last year. The record wasn’t bundled, but there were limited editions available — with eight unique collectible covers available for one week only via Swift’s website.

Ultimately, scarcity sells: music fans like to feel special and superior to other listeners. Case in point, at the end of 2020, fans enthusiastically took to Twitter to share that they were in Swift’s top 1% of fans worldwide thanks to the data shared in the annual Spotify Wrapped campaign. That’s a trend that was repeated widely with other artists with different sized followings across the world. Perhaps there’s something in that: however you choose to listen, all music fans really want is to feel like they’re their favourite act’s no. 1 fan.