Teenage Fanclub are always different, always the same. Each album has a welcoming feel, like resuming an age-old conversation with a close friend, gently easing itself into fresh areas while still tugging on old memories.

This time, though, is a little different. It’s a slightly different line up, for one, with Gerard Love having departed the group in 2018. Welsh musician Euros Child comes into the fold on keys, with the newfound space enabling Dave McGowan to move full-time on to bass duties, a line up that was finesse’d on some global – pre-pandemic, we might add – live shows.

It’s a subtle but striking transition, one that Clash explored at length with songwriting pair Raymond McGinley and Norman Blake earlier this week. The two are dynamic but very distinct characters – Norman Blake is staying at his parent’s place just outside of Glasgow, and his breathless comments on the phone arrive in the aftermath of a 10 kilometre walk. He grins down the line: “Just want to keep busy!” His counterpart, however, is rather more taciturn and thoughtful – in terms of conversation, at least, less is more.

New album ‘Endless Arcade’ is out in March, with exploratory opener ‘Home’ leading the way. “We’re keen to get it out and let people hear it because we’re really pleased with how it’s come out!” Norman exclaims. “We’re all frustrated that we had to cancel the dates. It’s funny – I’m still getting alerts on my calendar every day!”

“Obviously we had to put both the album and the tour back a bit, because of the pandemic. That’s frustrating, but things look as though they’re going to be resolved early next year.”

Every cloud has a silver lining, however, with Teenage Fanclub afforded that rare ability to truly live inside their album. “Because of what’s happened, it did give us more time to spend with the mixes,” he continues. “I was over at Raymond’s – we finished mixing it there, he’s got a nice set up – and it allowed us to ponder our choices. I think we’re really happy with the mixes, and the way everything sounds.”

“It’s always good to get to the end of something,” Raymond comments. “I think everyone who makes music obsesses about it, and you get into this bubble when you’ve been working on a record and it’s just you vs your own expectations. Then you finish… and you sometimes forget that other people will hear this thing you’ve been working on!”

The band picked Clouds Hill Recording in Hamburg as a base – a residential studio, it found the reconstituted line up bedding down in a city they’ve come to love. “Hamburg has always been a place that we liked to go to,” confirms Raymond. The mixing desk is the same one used on John Lennon’s final solo album ‘Double Fantasy’, a piece of Beatles lore that thrilled Norman Blake. “The equipment is great!” he purrs. “There’s accommodation there, and you’re only a couple of stops on the S-Bahn from the Reeperbahn and central Hamburg. It’s a really good city and a nice place to work.”

Choosing six songs each, the band worked quickly, moving with alacrity. “Sonically we’ve always been a bit like this – we don’t conceptualise it, we just do what we feel like doing at the time,” says Raymond. “And that leads to what exists sonically. Sometimes I think you can kid yourself on a bit, that you’re completely in control of how the record is going to sound. From my experience, records come out sounding a bit different to what you actually imagined. Unless you make the record completely on your own, you’ve got other people’s humanity on board, and that’s not a controllable thing… and nor should it be.”

“Sonically, to me, I can hear Euros on keyboards, I can hear Francis on drums, I can hear Dave playing bass. I can hear the people. The sonic thing is a result of different people’s tastes, individual decisions, and what equipment we have at the time. So there’s an element of randomness to that. In any record we’ve ever made, you’re just going with the instinctive feel of what you’re doing at the time. Instead of going into the studio with a half-baked concept in your head… and the reality ends up different! As it always does. You just have to go with the process and see where it takes you.” 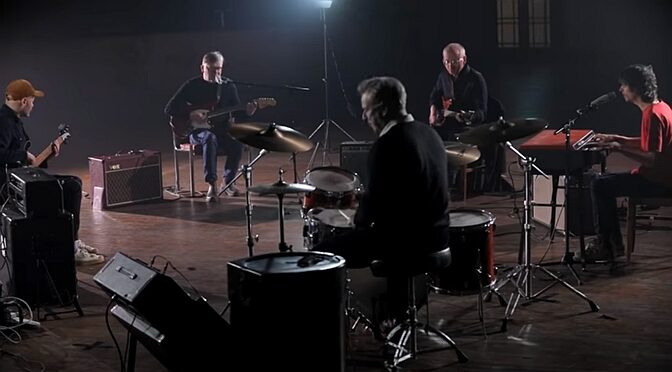 For Norman, the motivation is almost a form of self-competition. “You’re always trying to write a better song, or something that’s interesting, or something people can relate to, or find catchy. You can come up with a good melody. Come up with an interesting arrangement. I think that’s all you’re ever trying to do – you’re striving to make a better record,” he laughs. “I don’t think we’ve ever done anything that’s tangentially, massively different. It’s pop songs with verses, choruses, and solos – that’s what we do! We feel comfortable doing that.”

‘Endless Arcade’ certainly delivers on that. It feels refreshing but also familiar, with Teenage Fanclub allowing the essential chemistry that lingers inside the line up to come through on record. Teenage Fanclub are a band who thrive on being a band, on the processes and decisions that entails. For Raymond, songwriting is almost a form of self-discovery, with its “self-indulgent processes” affording him moments of creative analysis. “It’s not like you sit down and before you start writing a song you know what you’ll be writing about,” he insists. “Sometimes just the process of writing the song leads you to think about things in different ways. It all comes out as part of deciding to do it in the first place.”

The results speak for themselves. ‘Endless Arcade’ has a real sense of daring, it’s looser, freer than Teenage Fanclub have been for some time – just check out the four minute guitar wig-out that adorns Velvets-inspired chug ‘Home’. “The way we work, we go in, we set up, and we start. We try to make the process as simple as possible,” explains Raymond. “Individually we all care about what we do, we’re all passionate about it, we’re trying to do our best. Sometimes you’ll feel good about what you’ve done, but I don’t think we’re necessarily an angst-ridden bunch in any kind of cliched way – I mean, we have our own cliches, I’m sure! But we go in, we set up, we get comfortable, and do some takes. It’s pretty straight forward, really.”

Perhaps its this simplicity that has enabled Teenage Fanclub to persevere as their peers tumble by the wayside. Labels come and go, line ups shift and evolve, but that central ethic remains the same. “I think we are pragmatic people,” agrees Raymond. “You find yourself in a situation where you’ve got a slightly different thing around you, in terms of what the band is. With Gerry not being there… it’s different. But then Dave is on bass and Euros is there. It’s an inspiring thing! It’s the same as when we moved from Francis playing drums to having Brendan playing drums, and it felt different… there’s a different personality there.” 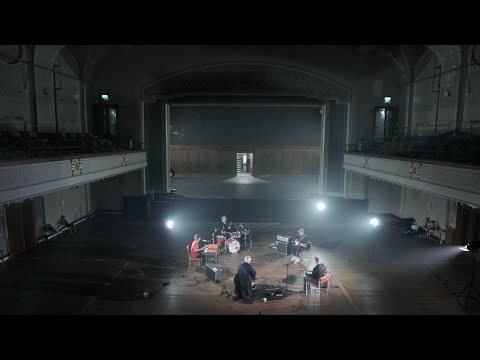 “I think – and maybe only people who have played in bands know the extent of this – that little changes around you can have a big impact on you. Being in a band, in terms of the way we work, we go in, set up, look at each other, and go to work. So the personalities involved – everyone involved – does make a big difference to the sound of the record. It sounds like the people.”

He continues: “Different changes led to different elements. I can hear that. When I listen to aspects of the band’s history it sounds like the people involved. Being inside it, we’ve got our own take on how it all is. So having that slightly different set up, it was inspiring to us, definitely.”

With extra breathing space during the pandemic, Teenage Fanclub have taken time to pin down the final elements. They’ve refused to become lost in this endless world, however – at some point, Norman explains, you simply have to cut your ties. “I read this really good David Bowie quote – and he made brilliant-sounding records – and he said, you have to abandon records. Because you can just keep going forever, tinkering with them, and changing little bits and pieces. The way I look at albums is that it’s capturing a moment in time. If we made this moment now it would sound different, for sure. What’s happening in your life – what’s happening environmentally – will influence how the record sounds.”

“When you make something, you’re just happy to reach the end of the process,” he adds. “There’s a sense of fulfilment purely from completing a record. Once it comes out, and you’re on tour… that’s when you start to think – OK, we’ve done that, and now we have to move on to something else now. I suppose in that sense it’s constant evolution. You can never rest on your laurels. And that’s what most songwriters do – anything who is creative will want to do something new.”