A Bluffer’s Guide To Goth

'Tis the season to get spooky, so with that in mind, what better time to hit up some gothic albums to get yourself in the mood?

Now, as a fine and reputable music publication, we must warn you that trying to argue which bands and albums actually classify as goth is a fool's errand; hell, some of the bands on this list vehemently refuse the label. Goth is indeed a subculture with a tangible beginning, dress code, and landmark pieces of media – but it's also a state of mind.

For those whose undead hearts beat with melancholy and melodrama, who love the darkest of clothing and the most reverbed of music, we present a bluffer's guide to some key gothic masterpieces.

Will you be able to present a lecture on the evolution of the culture from Poe to London’s Batcave? No.

Will this give you enough fodder to annoy your friends over a pint?

Absolutely, my children of the night. 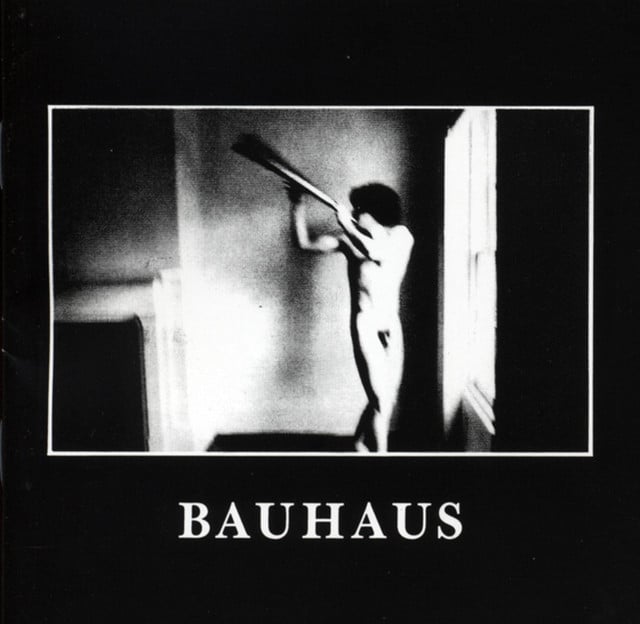 Arguably the beginning of it all, one of the first albums truly worthy of the title 'goth.'

But what of The Doors' darker cuts? We hear you cry. The Velvet Underground's nightmare pieces? Hush ya gums, we say; this is a bluffer's guide. Peter Murphy is literally a vampire.

While the likes of Joy Division and Siouxsie and The Banshees were already pushing guitar music into bleaker directions, the Bauhaus' debut landed as a fully-formed gothic masterpiece. Preceded by the single 'Bela Lugosi's Dead,' 'In the Flat Field' sounds like a glam-rock band sentenced to Hell. It's a chaotic affair and still packs a mighty punch.

Simply put, Bauhaus pushed the limits and looked great while doing it.

As dark as an Americano on a moonless night – a ghoulish 8. Forty years on, Northampton's finest freaks sound as unhinged and menacing as ever. They may have sired many acolytes, but they stand tall as the Kings of Shadow.

The Banshees always had an intoxicating darkness at their core, but by 1981 they had the musicianship and ambition to truly let it soar. With guitarist John McGeoch and drummer Budgie now fully entrenched in the group, the quartet was able to marry their live ferocity with dashes of psychedelia and abrasive art-rock.

Couple that with Siouxsie's iconic look (soon aped by sometime Banshee Robert Smith) and you've got yourself a goth record.

For many, this is The Banshee's greatest work, a beautiful mix of raw punk energy and sinister ambition. It's the sound of a band beginning to create the twilight world they'd soon inhabit for following albums. A world of danger, sex, drama, and temptation.

There are definitely moodier albums on this bluffer's guide, but 'Juju' is perhaps the most thrilling. There are the buzzsaw riffs on 'Monitor' and an actual track called 'Halloween', while closer 'Voodoo Dolly' is a droning nightmare – in a good way, of course. Grab some hairspray and go check it out.

Released as the subculture was getting into full swing, The Cure's fourth record saw Robert Smith and Co. fully adopt their somber look while pushing the band to breaking point. It remains their bleakest and most visceral release.

Hated by the majority of critics at the time, 'Pornography' stands as a shining jewel in the band's discography, usually placed next to 'Disintegration' as their crowning achievement for hardcore Cure heads. Helping shape post-punk with 1980's 'Seventeen Seconds' and 1981's 'Faith,' The Cure, alongside peers The Banshees, would morph their punk roots into something darker and brutally emotive.

Today they're alternative figureheads thanks to the balancing act they managed between giddy pop and lush melancholy, but this is the OG shit for many.

The album's opening lyric is "It doesn't matter if we all die" and finishes 43 minutes later on "I must fight these sick thoughts / Find a cure." Goth AF. There's talk of slaughtered pigs, screeching psych guitar work, and a boatload of LSD being taken during the recording.

This is the sound of a band hating the world and, well, disintegrating. Nowadays, Mr. Cave and friends may be (rightfully) regarded as poetic geniuses and artisans of fine song, but let us not forget what utter maniacs they were back in the day. Cave spent the majority of the 80s strung out with a backcombed mess up top, spewing apocalyptic imagery. 'Tender Prey' acts as the bloody climax to that period.

While Cave’s interest in the wicked side of life has never left him, his work with The Birthday Party and the early Bad Seeds albums capture the gothic realm perfectly.

While the English groups of the time inherently had a more detached and pensive atmosphere, The Bad Seeds’ mix of country and Americana added a sense of volatile menace that few others could match. With fan favourites 'The Mercy Seat' and 'Up Jumped The Devil' on show, 'Tender Prey' captures the sound of a band who sound as if they're riding into town at midnight with nothing but ill intentions.

A sinful 7. There is more groove and melody on The Bad Seeds’ fifth full-length than most gothic albums, but there's also a substantial level of insanity and haunting imagery. Beauty and chaos make happy bedfellows.

If you knew a little about goth music and were imagining what it sounded like, you'd probably be hearing Sisters of Mercy in your head. 'Floodland' takes all the tropes from the scene’s beginnings – big drums, arpeggio guitar, and crooning vocals – and dials them up to stadium size. An operatically dramatic record with pop sheen.

Despite Sisters mastermind Andrew Eldritch REALLY not digging the goth tag, one look at the crowd then and now will tell you which sort is sucking up tracks titled 'This Corrosion' and 'Dominion.' With American bassist and uber-goth Patricia Morrison along for the ride, the group's second effort is a perfect time-capsule of peak 80s goth rock. Before long, groups would be merging the genre with metal, electronica, and even rap.

With its lush production and catchy melodies, we're going with a 6. 'Floodland' is less the sound of sheer madness and despair but more of a group wrapped in night's sweet embrace and living deliciously. We suggest grabbing a glass of Cabernet Sauvignon and getting good and lost in the notes.