Larry June is a wise sensei, with a clip of wicked flows, instructing his listeners on a different formula in a genre riddled in get rich quick schemes. Soft launching his agenda via dreamy ’70s samples and swaying away from the indulgence of materialistic happiness – but not too far – the rapper has painted his swagger in the soundtrack that could make the unemployed feel like the CEO.

A poignant sense of independence surrounds Larry and his camp's work ethic. Equipped with a team including DJ DVME and photographer MIGGS, the Free Minded team (TFM), encapsulate the lyrics, sound and vision of the “organic” sound Larry pushes.

Currently, an independent artist, having previous self-released mixtapes throughout the 2010s, his craft has welcomed features from Curren$y, Dom Kennedy, Premo Rice, LNDN DRGS and Jay Worthy to name a few.

Larry June’s discography, which includes names such as Orange Print, Out The Trunk and Keep Goin – a collaboration with Harry Fraud – is a statement piece to reiterate everything the west coast artist is about. The result expels kinetic flows and boundless energy intertwined by formulaic collaborations. Coupled with his seasoned Mac Dre rap style, and the forceful nature of Iyanla Vanzant, June has created his seat in the world of luxury rap. While he may not have the intention to come off as a cocky individual, the 31-year-old insists his lyrics crossfade to a rare space for teaching passive income and a clean health mentality; a twilight zone of the wisdom of experience and the whisperings from a guru from the Bay Area. Larry’s braggadocious nature is connected with quit-witted adlibs such as ‘Good Job’, ‘numbers’, and ‘keep going’, adding a certain je ne sais quoi to his overall remedial.

Born in 1991, in Atlanta, and later moved to San Fransico, The rapper’s music is set to coach his listeners on the key to financial awareness, healthy juices, luxury steaks and real estate – from a come-up sort of angle. Whether his listeners choose to follow his steps to “keeping P”, or simply enjoy the avid idealism of what happens after the struggle, the recipe barks at his craft.

Clash caught up with Larry June during his trip to London for his first headline show. We discussed the power of manifestation, his relationship with his previous lyrics, bringing San Francisco to life through Miggs and some of his most tangible assets.

I know you’re happy to be in London, there have been several references to London in your music… this is a real manifestation moment, right? How are you feeling?

Man, it feels good. Just coming out here and feeling the energy. Seeing it for myself that people like the music and know the music. It was inspiring, I have the greatest fans.

Last year you released two albums; in 2020 you released six projects… that’s a lot of words. Are you still chasing something in your sound that you haven't found yet?

So I just record a lot; I want you to know what I'm going through at the moment. So when I record the music, it's usually for the timeframe. It makes it more relatable to what I'm going through. So every album is a little different. It might seem like I'm dropping them quick, but there's a different vibe. The things I'm talking about are the things I'm doing, like me growing as an artist – I should talk that shit out loud.

The recent tape you made with Jay Worthy felt like your amalgamated version of Silk Sonic meets ‘Stankonia’ and The Spinners. Talk me through the process of creating something like that.

That was recorded like four, five years ago. We’d been sitting on that one for a while. And then one day I was like: There's a lot of attention on what I'm doing right now, let's just put it out… and we let the music do what it needed to do. That’s the only one that I didn't just spit out.

Songs like ‘30 Day Run’ are pushing a lot of new ideas. I’d like to know what exactly motivates the motivator?

Man, you know what? Freedom. Being able to wake up and support my family and express myself musically is inspiring. I can live how I want to live. Everything, every second can affect my future in any way. That's inspiring for me.

Do you have a similar stance as a parent?

It's very important and means a lot to me because you know, everything that we do, our kid is watching. So you want to set a good example. And be there for them and you know, they grow into you, you’re raising the person so it reflects on you so it's very important for me to send it out. That's a part of our everyday life.

I know you feel like, for that reason, you can’t fail?

It makes you get ahead of the game, and understand it’s about time. You have to adjust with time, you have to know when its time to stop. Knowing when to stop; comes with spending money, even putting out too much music because you don't have to burn yourself out. It just kinda gives me more of a structure, more level headed and more organised. You have someone watching you.

I live by that, to this day. I manifest things to this day, anything I want. I’m looking at a better house, that I have as my phone screensaver… we’re trying to update the crib. I’ve manifested everything I did since I was a kid. Started with small things like shoes. I wanted Jordans and bicycles. And I just believe it, I always put my time into it and always believe, but also pray for this chance to keep going. I apply whatever I need to apply to make it. 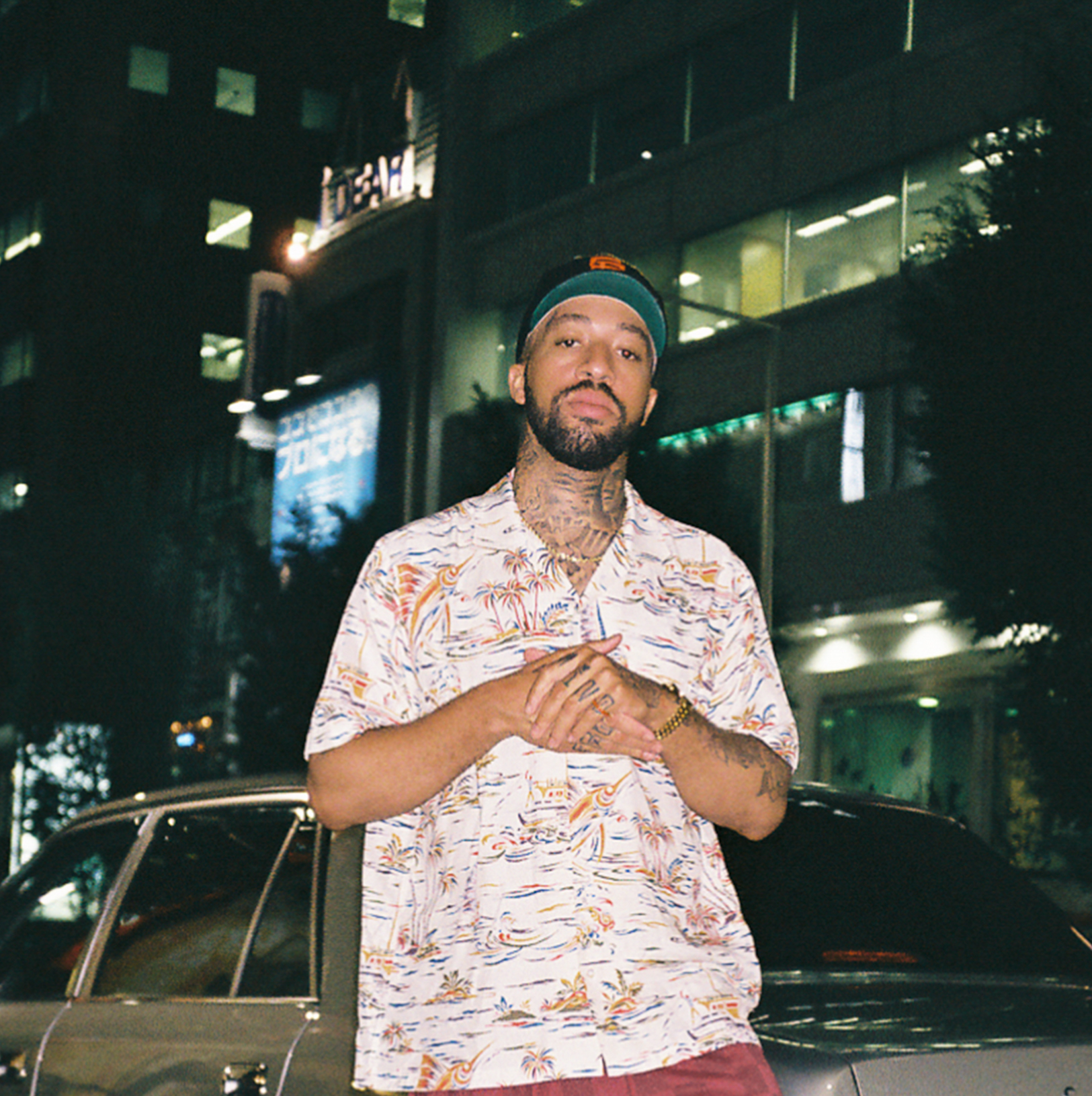 ‘Feeling Good’ is one of your most popular tracks, you said “I make songs for *** who look like me, and that badass **** that get off at three”. What did you mean by that?

So when I said that it was more like, what they understood with music and, and I see a lot of people trying to chase “them” that's not only themselves. So it came to a point was like, you know, I'm gonna do what I like.

It’s going to be a million motherfuckers who like what I’m talking about, and a million who don't I’m not really on the negatives, so I’m like fuck it. I make songs for people who live like me and a bad B that gets off at three. they can grow with me because you know what I'm talking I'm talking about things people can relate to because I go through regular seasons like a regular person. And when I say chick, that gets off at three, it’s more like it could be eight or nine, but the bottom line is that’s a hustler.

Miggs has documented the entirety of Larry June. Something about his photography brings San Fransisco to life – and your car collection, of course!

We got the same vision. When we first met we kind of had the same ideas on things we want the two directions we want to go with our careers. And we had the same ideas and he was able to transform them into reality, visually with the camera. Its always been a blessing working with Miggs. He’s a treasure to us, we get an idea and we make it happen. And we’re both from Frisco. Good job, Miggs.

What does the term ‘organic’ mean to you?

Organic, you know, is natural, it’s 100% real not overthought. You know. I mean, it's just waking up and being yourself. You know, I mean, and just saying, fuck how people feel. You're doing what you love because there's only one you. So why not just do it?

Speaking of your car collection, what's your choice or ride at the moment?

Classics yeah, I’ve been on my newer cars recently, Porsche 9ll Turbos. My perfect car growing up was the 5.0, drop-top thing. My dad got me into some things, It’s just what I was always like video games I’d act like I was driving, or on my bike.